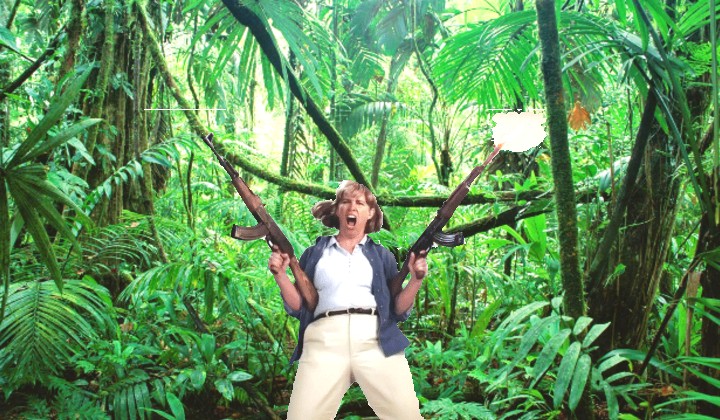 While the Amazon was literally on fire in 2019, things were heating up in a completely different manner back home.

Drugs, guns and girls were said to be regularly smuggled into the country through the jungles of Terengganu and Kelantan.

According to Free Malaysia Today, smugglers are using so-called “rat trails” that cut across forests and plantations in order to quickly and quietly move about.

A variety of contraband like subsidised rice and diesel fuel from Malaysia is said to be exchanged for cheap drugs, firearms and even sexual favours.

Reportedly, in these lawless zones, illicit narcotics such as methamphetamines can be obtained quite easily for as low as RM8 a pop – way cheaper than the market price here in the city.

Various guns and glocks can also be easily acquired here, for as little as RM300 with each individual bullet costing merely RM1.

Smugglers also make good money transporting girls in and out of the country.

As much as RM500 per-woman can be collected by human traffickers, transporting girls that are made to prostitute all over Malaysia.

These smuggling operations brings into perspective the nation’s fight against crime as well as the ongoing drug epidemic.

In 2018, it was identified that the east coast states of Kelantan, Terengganu, Perlis and Pahang had the highest increasing number of drug addicts in the country.