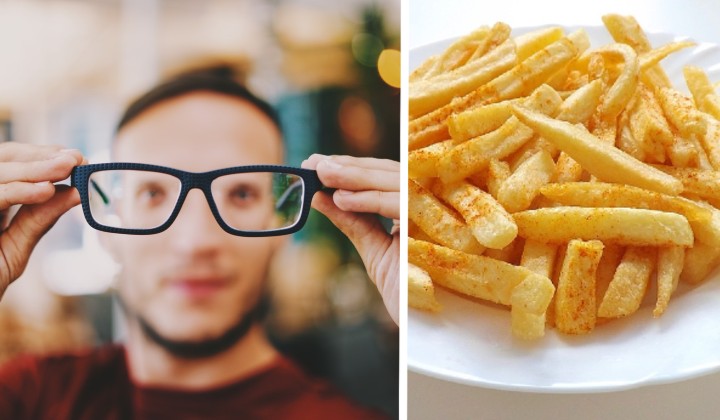 Sure, we always knew that junk food wasn’t good for us, but a 17-year-old teen from Bristol found out the hard way when he lost his eyesight to junk food.

The teen is considered legally blind, as he has blind spots in the middle of his vision, making it impossible for him to drive, read, watch TV, or even discern faces.

He has also lost minerals from his bones as well.

His blindness from malnutrition, called nutritional optic neuropathy, is treatable if diagnosed early. However, it is irreversible once the nerve fibres in the optic nerve die.

Dr Denize Atan, who treated the teen at the hopsital, said that the boy’s diet consisted only of fries, potato chips, plain white bread, and occasionally some ham.

The teen was diagnosed with avoidant-restrictive food intake disorder (ARFID). Those with this eating disorder avoid certain foods or food groups entirely and may lead to severe malnutrition and starvation.

Though Malaysian parents favour taking away the child’s favourite foods to make them eat veggies, those suffering from ARFID may literally starve themselves rather than eating other things.

Dr Atan claims that the teen had lost minerals from his bone due to his unhealthy diet, but such severe cases of ARFID are not common.

However, she advises parents to seek expert help if their child does not outgrow normal picky eating.

She also cautions that multivitamin tablets should not be used as a substitute for a varied and balanced diet.

KKM Warns Malaysians Of The Hidden Sugar In Coffee