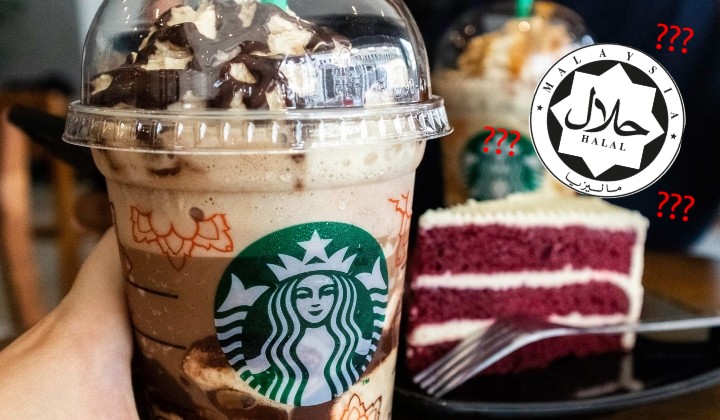 For the sixth time (based on our Google search) since 2011, Starbucks Malaysia has again been accused of being haram.

The food and beverage company responded to a few tweets today (Sept 4) of people asking them about the legitimacy of a viral WhatsApp message being circulated.

Hi,
Thank you for writing to us. Starbucks Malaysia serves only halal certified food and beverages. For more information, kindly refer to the link below: https://t.co/7NxdH2hSXD https://t.co/B9IxzuILcF

In the tweets, Starbucks Malaysia responded with a link to an old Facebook post by Jabatan Kemajuan Islam Malaysia (JAKIM).

Interestingly, every time theyâ€™ve been accused has been due the same viral message that somehow keeps getting circulated every year or so.

According to the message, all coffee, chocolate and vanilla drinks served at Starbucks uses E471 (emulsifier 471), an ingredient that apparently has pork origins.

In June last year, fact-checking portal Sebenarnya.my covered the illegitimacy of the viral message as well, clarifying that JAKIM has since responded to the allegations several times.

Read on below to find out all the other times Starbucks Malaysia has been accused of being haram.

And then share this article with your aunty/makciks who keep circulating the fake news.

Late 2011 is the earliest news coverage we can find of a similar accusation.

It seems that in 2011 the viral message was circulated via SMS (remember those days, you guys?!)

A concerned consumer tweeted about the SMS and Starbucks responded assuring them that the companyâ€™s halal status was certified and could be checked on the JAKIM website.

@shyningstarry Starbucks Coffee @ Malaysia certified HALAL by JAKIM. u can check the status on http://t.co/54q3bCV .Thanks for checking.

The company also released a statement on their official Facebook page which clarified that the rumour had been circulated for the past seven years starting from a spam email (omg guys!!! Remember those??!!)

In 2014, the same viral message was circulated via SMS again.

JAKIM released a statement saying they have neither suspended nor revoked Starbucks Malaysiaâ€™s halal certification.

The statement reportedly added that the Halal Hub Division of JAKIM had received many telephone queries (from presumably panic stricken Starbucks lovers) on the halal status of Starbucks.

The news assumably got pretty heated because the â€œsourceâ€ of the information named in the message, Dr Zahazan Mohammad had to come forward about how he never said any such thing.

JAKIM again releases a statement saying Starbucks is still halal, pointing out that the message being circulated on WhatsApp wasnâ€™t new and had previously gone viral (yeah, like last year but via SMS).

“We debunked this rumour before. We can assure you that Starbucks Malaysia is certified halal and its certification has never been revoked.”

JAKIM officer via The Star Online

No news sites covered the allegations this time around, probably because they had gotten tired of it by now.

However, according to a Facebook post by JAKIM, a voice note by a lorry driver claiming that Starbucks isnâ€™t halal was being circulated online.

This time, the viral message was circulated on Facebook implicating Dr Zahazan as the source of information again (the same dude who got accused in 2014). Poor guy.

JAKIM also told reporters that they only certify food and beverages as halal and donâ€™t certify anything as being haram.

This whole incident just goes to show how damaging and utterly annoying fake viral messages can be.

TRP urges our readers to always fact check your sources before sharing anything online!