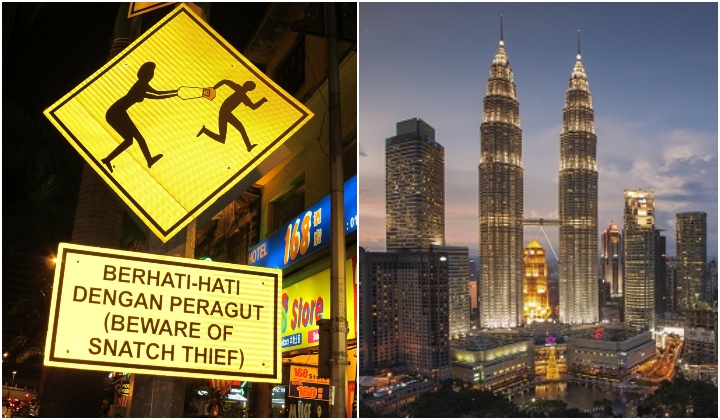 Do ever walk the streets in fear? Clutching your bag tightly,
flinching every time a car drives a little too close to you?

Well, sorry to make you feel worse, but it seems that the
streets are not as safe as they used to be.

The index ranks 60 cities across the globe based on 57 factors grouped into four main indicators:

KL scored below average in all the indicators except for personal security.

Compared to the 2017 index, the 2019 rankings included 10 new
indicators such as existence and speed of emergency services, the existence of
a disaster plan and the ability to defend infrastructure against cyber-attacks.

If youâ€™re wondering how our neighbours did, Singapore held
on to its title as second safest city in the world.

Bangkok is at no 47 while Jakarta placed 53rd.

The safest city in the world crown goes to Tokyo while Lagos
wound up at the last spot.

What do you think of the results?

Let us know if you think KL is safer or not on TRPâ€™s Facebook,Twitter, and Instagram!