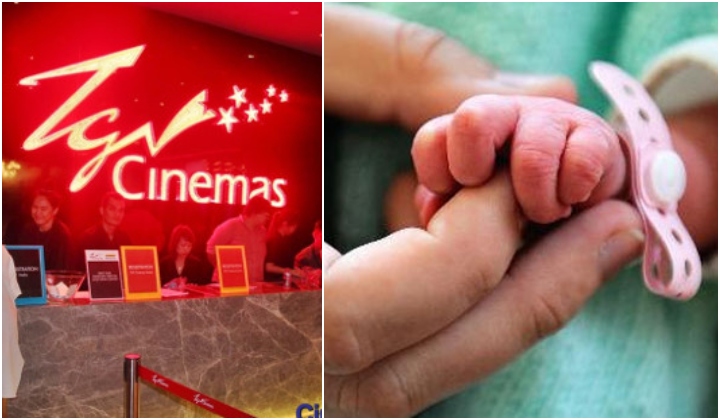 A 30-second anti-baby-dumping public service announcement (PSA) will soon be screened at all TGV cinema theatre halls together with the usual ads and film trailersnationwide.

THINKING OUT OF THE BOX – Our battle to fight baby dumping now takes us to @TGVCinemas! This short trailer will be played in all TGV Cinemas in 35 locations nationwide & across 282 hall for greater awareness & outreach. @drwanazizah pic.twitter.com/3NJzIMnfGV

The PSA is part of the ministryâ€™s â€œSave A Lifeâ€ campaign, which aims to raise awareness about reproductive health and baby dumping – a widespread problem in Malaysia, where talking about sexual intercourse is taboo.

Out of those cases, 64% of the babies were found dead.

Between January to May this year alone, 65 cases of baby dumping were recorded with Johor having the highest number of 13, followed by Selangor (11) and Kuala Lumpur (seven).

And these are just the number of recorded cases. We still donâ€™t know about all the dumped babies that went unrecorded.

According to the ministry, most baby dumping cases were due to out of wedlock pregnancies, lack of information on places (to leave the baby) and lack of support from the community.

Besides this campaign, the government has also taken preventative measures such as advocacy strategies, prevention and reproductive health awareness programmes for the youth.

The National Population and Family Development Board have implemented a reproductive health education programme for teenagers, to raise awareness on unsafe sexual behaviours for both girls and boys.

The ministry has qualified counsellors to handle unwanted pregnancies, including assistance, protection and a shelter for teens and women.

If you, or someone you know needs help, it is available. Just call the 24 hour hotline Talian Kasih at 15999.