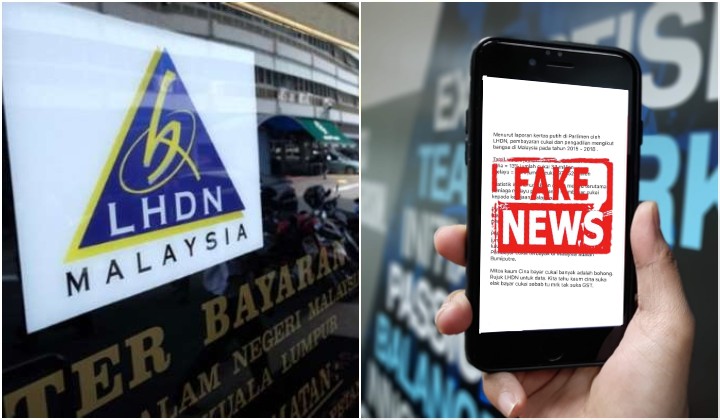 Racial and religious issues have been dominating the Malaysian political and social platforms recently.

While most of us hope the kerfuffle will die down soon (because while yâ€™all busy being angry, no one is reading our awesome articles about other topics!), it appears that there are others who continue to stoke the fires of division.

Today (Aug 28) the Inland Revenue Board had to release a statement denying a viral claim on social media about how data of taxpayers are collected according to race.

â€œBased on the standard operating procedure (SOP), information pertaining to taxpayers and data concerning tax collection are not recorded based on race.

â€œIRB would like to stress that the data which is going viral on social media is not true nor is the information from IRB.

â€œTherefore, IRB wishes to advise the people not to spread inaccurate information to avoid misunderstanding,â€

The fake news reportedly first appeared on Facebook by an account called â€œShuib Postâ€ with the caption: “Siapa kata bangsa Cina & India banyak bayar cukai dekat kerajaan? (Who says the Chinese and Indians pay the most taxes to the government?).”

Are you guys tired of fighting over racial and religious topics yet?