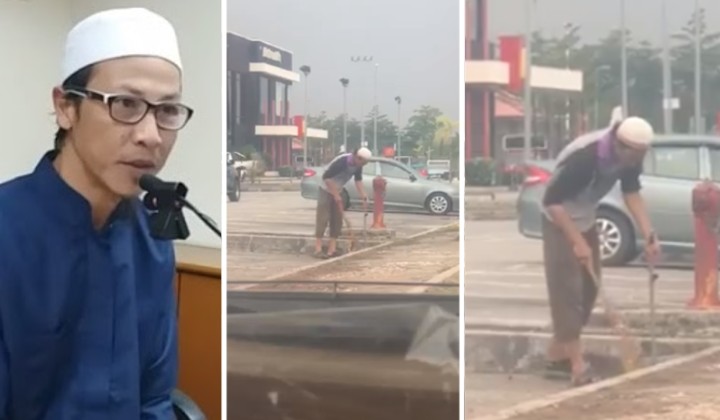 A 13-second video clip of Malaysian actor, Zul Yahya spotted sweeping the streets of Ipoh is currently viral on Facebook.

The Kedah born actor turned entrepreneur took it upon himself to clean the streets because he could not stand the sight of rubbish littered EVERYWHERE.

Earlier that week, Zul had a recorded a 6-minute video calling out residents of Meru Jaya, Ipoh, to be more civic conscious and to stop littering.

In the video, he drove around the area showing how much trash had been littered by the side of the road.

After just 2 hours of sweeping, Zul managed to collect 20 plastic bags of rubbish from the area.

“Some may say that the council is responsible for the cleanliness of the area, but they are so little in number. They have to clean a big area. We canâ€™t expect them to clean our dirt every day now can we?”

At the time of writing, the video has nearly 600 shares and likes.

Netizens are, of course, applauding his civic-mindedness.

Watch the viral video of the actor here.