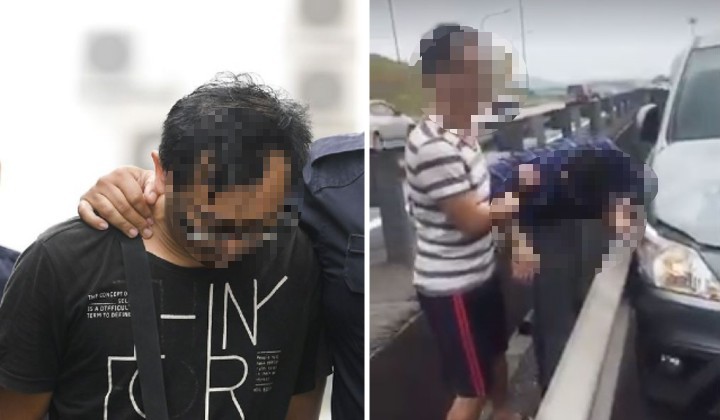 A man involved in the recent fatal road rage incident in Bangi has been charged with murder.

41-year-old Yew Wei Liang was the main suspect form the deadly altercation near KM293.6 of the North-South Expressway (NSE) that led to the death of 29-year-old Syed Muhammad Danial Syed Syakir.

The charges were read out today (August 22) at the Kajang Magistrate Court under Section 302 of the Penal Code, a law which carries the mandatory death penalty.

The defendant, however, didnâ€™t issue a plea and no bail was offered.

On August 10, Yew was involved in a fender bender with the deceased which lead to a high-speed chase that then escalated into a fight between the two parties.

The deceased was noted to have bashed the suspect’s car with a baseball bat before the suspect then allegedly accelerated his vehicle, pinning the man between the car and the road divider.

Syed Muhammad later died of his wounds while receiving treatment at the Nilai Medical Centre.

Yewâ€™s defence counsel had argued that the defendant should be charged under Section 41 of the Road Transport Act 1987, a law concerning fatal road accidents.

The defence also claimed that Yew had been abused in jail and a bogus confession was beaten out of him during police interrogations.

Yew is currently detained at the Sungai Buloh prison awaiting the next court hearing set for September.

Police had also issued a stern warning stressing that the incident had no racial connotations.