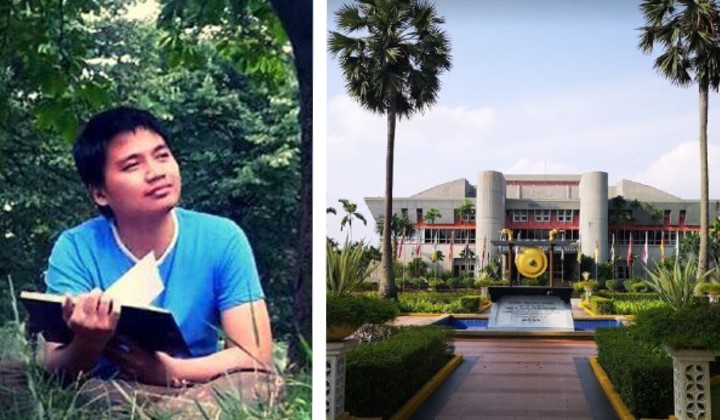 Nur Fitri Azmeer Noordin, the infamous child web pornography fiend who had been convicted in the UK, is now continuing his studies in UKM.

A viral Tweet with his name as a presenter in mathematical theories surfaced yesterday.

Twitter users were raising awareness of Nur Fitri’s presence at the university, and to warn the public of being careful around him especially with small children. Others defended him, saying that he had served his sentence and is trying to move on with his life.

Nur Fitri made international news when he was arrested while studying at the Imperial College London on charges of possession of child pornographic materials.

In 2014, the police tracked an excessive amount of downloads of child pornography to his residence, where he was arrested sitting next to a life-size mannequin of a boy and his computer full of pornographic files classified as Category A, meaning the most extreme form of abuse.

While his original sentence was for 5 years, it was brought down to 9 months after appealing, and it believed that he quietly returned to Malaysia, where he was not monitored and is a free man.

According to UK law, once a person has completed 2/3 of his prison sentence, they will be deported back to their country of origin.

Back in 2015, former Deputy IGP Datuk Seri Noor Rashid Ibrahim stated that Nur Fitri will not be monitored because the crime and conviction was done in the UK.

However, if he commits the same crime here, the police “will hunt him down”. Until then, he is a free man.

According to the Malay Mail, there is a child sex offenders registry that launched earlier in April 2019.

To access it, you would need the person’s IC number, a trip to the Social Welfare Department, and a valid reason for the check, such as employment.

The registry is not public information to protect the rights of the sex offenders and deter public prosecution according to the Deputy Home Minister at the time, Datuk Nur Jazlan bin Mohamed.

British paedophile who raped M’sian kids killed in prison; what happened to the victims