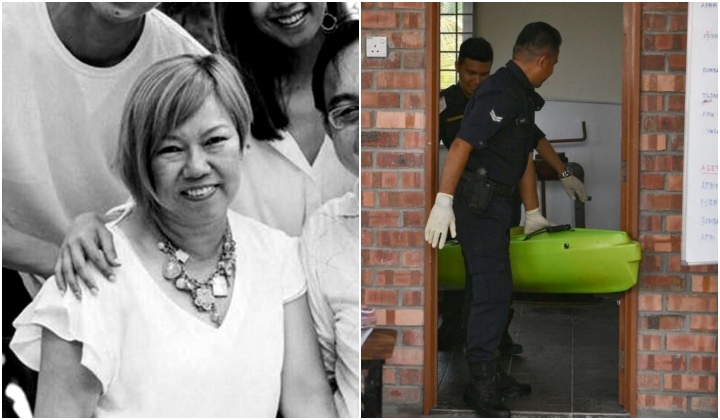 In the last few weeks, the internet was alight with discoveries of killer whales (orcas) and pilot whales in Terengganu waters.

However, something far less wondrous was discovered off the waters of the eastern state- a dead body.

According to The Straits Times, the body was confirmed to be of Puah Geok Tin, a Singaporean kayaker who – along with Tan Eng Soon- got separated from a kayaking group near Endau islands, Johor last Thursday.

Thatâ€™s about 200 kilometres away!

The sad news comes right after their bright green kayak with their belongings was found in Kuantan the day before, giving family members hope for a miracle.

â€œThe kayak was a clue, out of the vast area of the sea, it was a clue for us. At the same time it was worrying for us because of the food rations inside, itâ€™s something we are worried about.â€

Despite the clue, it turns out that Puah did not survive the South China Sea. Her son, Louis Pang confirmed her death this morning (15 August).

The 24-year-old young man took to Facebook to express his love for his mother.

His sister shared Louisâ€™s post, saying â€œI love you and I always will.â€

The other missing kayaker, Tan Eng Soon, has not been found
yet. Search operations are still ongoing for Tan with MMEA covering the area
between Endau, Mersing and Berserah Kuantan, Pahang.

4 helicopters, one aeroplane, 3 vessels and 7 boats have
been deployed.

This news of Puahâ€™s sad passing is a stark contrast to a Tioman diver who survived 4 days adrift at sea before he was found by a passing ship.

Claude Piantadosi, Professor of Medicine at Duke University Medical Center told National Geographic that the main challenges faced by a person adrift at sea are:

However, dehydration is the most critical threat for survival. If protected from the sun, an adult could survive with an average water intake of 1.5 to 2 litres per day.

In general, a healthy adult can live in moderate temperatures for 100 hours without any water at all.

Nonetheless, miracles do happen, and we hope that Tan will
be found soon.

Our condolences to Puahâ€™s family and loved ones.