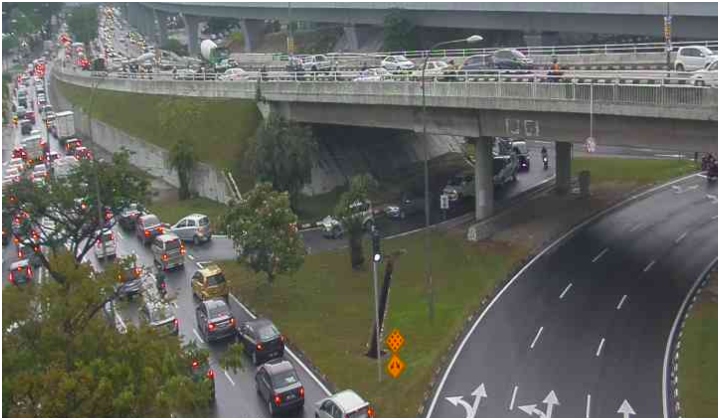 If you thought traffic couldnâ€™t get worse on the Middle Ring Road 2 (MRR2), boy were you wrong.

Move It Or Lose It GIF from Move GIFs

In a statement today (Aug 14), The Public Works Department (JKR) said that the slip road leading from Ampang to the Billion/Cheras roundabout on the MRR2 has been narrowed to just one lane.

JKR’s forensic department found cracks on one of the pier heads at the slip road during an inspection on July 23.

Hence, the ramp has been narrowed to accommodate only one lane to reduce weight on the ramp as a safety measure.

â€œThe single lane at the exit ramp will be maintained for four months until detailed investigations and repairs works are completed.â€

JKR via The Sun Daily

A quick check of the traffic conditions on the ramp at the time of writing revealed really bad congestion.

FYI, this isn’t the first time cracks have been found on the frequently used highway.

In 2004, the MRR2 Kepong flyover was closed when hairline cracks appeared on several tiers supporting the elevated road.

Fortunately, the flyover was reportedly not in danger of collapsing. However, JKR decided to take the safest option and closed the road anyway.

The road closure led to thousands of motorists getting caught in a traffic crawl from Batu Caves to the Jalan Kepong interchange.