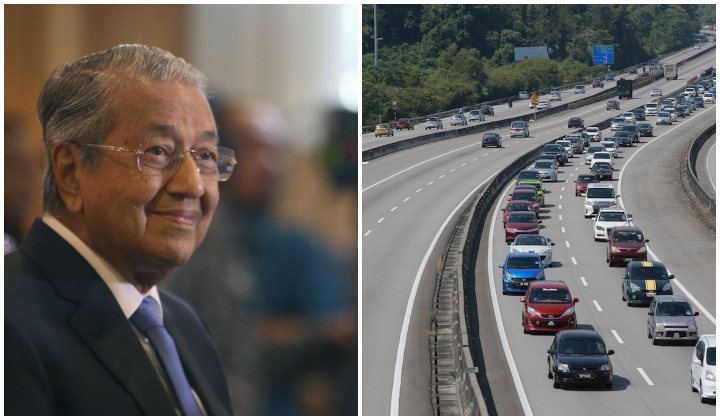 Do you remember yelling out the lyrics of Keranamu Malaysia
in school?

Step aside, Proton & Perodua. Thereâ€™s gonna be a new player in town.

The Ministry of International Trade and Industry (MITI) made the announcement this morning (9th August) that Cyberjaya-based company DreamEDGE will produce the third national car.

â€œThe objective of new national car is to adopt science, technology and engineering. It is a fully-fledged vehicle developed in Malaysia.â€

The Malaysian company founded by 3 local engineers in 2007 boasts
a pretty impressive resume of design and R&D contracts by corporations in
Japan, the UK, Austria, Brazil, Saudi Arabia and the United Arab Emirates.

In fact, DreamEDGE has a hand in the 2020 Olympics in Tokyo!

They helped create a next-gen eco-friendly shuttle vehicle that will be used during the games next year.

As a product of YAB Tun @chedetofficialâ€™s Look East Policy, Adri started DreamEDGE in 2007 with only 3 local engineers. Today, the team has grown substantially, with expertise to provide even next-gen eco-friendly shuttle vehicle for the 2020 Summer Olympics in Tokyo. #MEA pic.twitter.com/p5XxNXvOw2

The private company now has a manufacturing and prototyping centre in Cyberjaya, an innovation lab in Bukit Jalil, a design centre in Taiping, AND an R&D office in Tokyo, Japan!

So it looks like weâ€™ll be in pretty good handsâ€¦

According to MITI, the new national car will be a BRAND NEW MODEL with â€œadvanced technologyâ€.

Looking at DreamEDGEâ€™s past projects and Malaysiakini’s report, itâ€™s likely that Malaysiaâ€™s 3rd national car will be a Range Extended Electric Vehicle (REEV).

According to this research paper we found, a REEV is :

â€œa vehicle powered predominantly by a zero emission energy storage device, able to drive the vehicle for more than 75 all-electric miles (~120km), and also equipped with a backup auxiliary power unit (APU), which does not operate until the energy storage device is fully depletedâ€.

Exactly WHEN will we see this car?

According to Malay Mail, the first prototype is expected to be unveiled in March 2020.

Meanwhile the launch of the car will most likely be in March 2021.