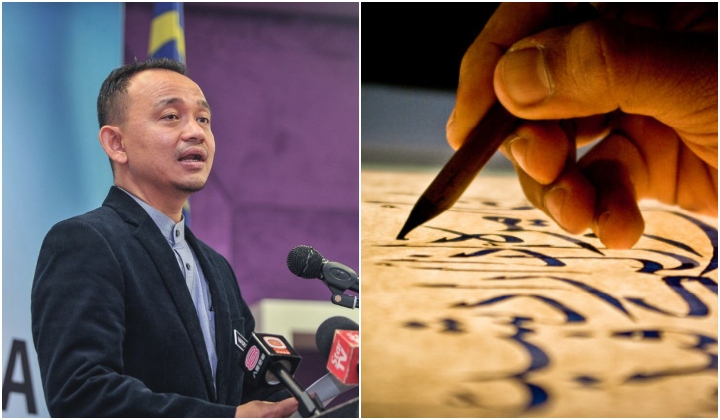 The education ministry has decided to stick to their plan of implementing khat in vernacular schools.

Last week, Putrajaya announced that the Malay-Arabic calligraphy would be introduced into the Primary 4 Bahasa Melayu (BM) syllabus next year.

The move was opposed by Chinese education groups and some members of the public which led to several parties voicing out their opinion on the matter.

Education Minister Dr. Maszlee Malik said during a special press conference in Putrajaya that khat would only be an activity, not a subject in itself, taking up three pages of the textbook.

He added that he would leave it up to the teachers to decide how they want to teach it.

â€œKhat will go ahead, but will not be included in examinations or tests.

We hope that with the Cabinetâ€™s decision on khat, the issue will not be raised anymore and create any misunderstanding.â€

The special press conference was also attended by his deputy Teo Nie Ching.