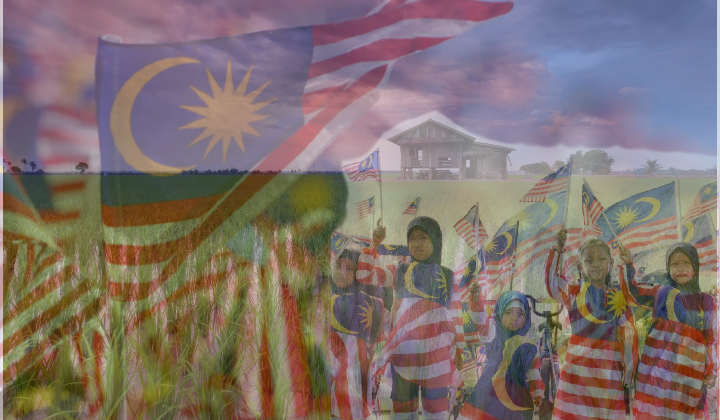 You know itâ€™s that time of the year when you see the Jalur Gemilang everywhere!

From flying on car rooftops to homes and buildings festively decorated with red, white, yellow, and blue.

Well, a paddy farmer, Mohd Salleh Mat Lazim in Kedah not only started flying the flag around his house, but also along the famous Kedah Aqueduct.

Though… he is facing a little bit of a problem…

People have been stealing his Merdeka Day decorations!

So far, I have spent about RM300 to buy 350 flags and I have used half of them. I put them up around my house and along the Wan Mat Saman Aqueduct in front of my house since August 1st.

Looks like someone is trying to rain on his parade.

“Trying” being the operative word here, as Salleh has not given up on his decoration plans.

Salleh attributes his love for the Merdeka month to the stories his grandmother used to tell him.

According to her stories, she was a forced labourer and was nearly stabbed during the Japanese occupation.

Regardless of the theft, Salleh and his five children are planning to make a Jalur Gemilang arch in front of their house.

To ease his efforts, Salleh welcomes help from anyone with the Merdeka Day decorations, especially decorating the iconic Wan Mat Saman Aqueduct.

Bored of Jalur Gemilang flag decorations? Check out our guide on things to-dos this Merdeka month!