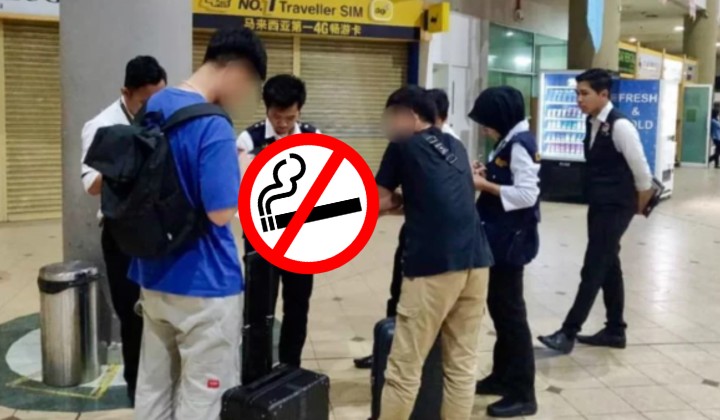 If you thought being a tourist would exempt you from this countryâ€™s rules, you thought wrong.

Yesterday (August 6), three foreigners (among eight) were slapped with notices by the Environmental Health Department for smoking in Tawau airport.

According to District Environmental Health officer Rahman Sampe, smoking is prohibited in airports under the Control of Tobacco Product Regulations 2004.

A compound of RM250 can be slapped under Section 32B to those guilty of this offence.

On a separate note, deputy health minister Dr. Lee Boon Chye reminded smokers earlier this week that the law prohibiting smoking in eating premises will start being enforced this month.

Individuals who are caught smoking in eateries can be fined up to RM10,000 or jailed not more than 2 years.

Whereas food premises who fail to comply with these rules can be fined up to RM3,000 or sentenced to jail not more than 6 months.

This action is taken after a 6-month grace period was given to smokers and food premises to get used to this law.

Currently, there are 731 government clinics (KK) and 46 hospitals offering the Quit Smoking campaign.

Find the nearest government facility to you here.