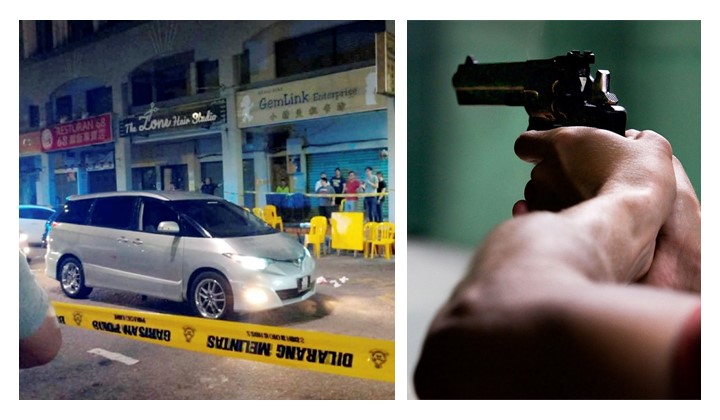 A shocking shooting incident in Air Puteh, Kuantan happened at around 1am today.

According to New Straits Times, the victim and a friend was getting out of their car after returning home from an entertainment outlet when they were suddenly shot at.

According to bystander accounts, the gunman was riding a motorcycle while the victim was driving a silver-grey Toyota Estima.

Pahang police chief Datuk Abd Jalil Hassan said that the victim drove himself to the hospital before he was found unconscious in front of a pharmacy.

Members of the public who found him then took him to the Tengku Ampuan Afzan Hospital, where he was pronounced dead.

The police is now investigating the type of weapon used by the suspect and the motive behind the attack.

Gun laws in Malaysia are one of the strictest in the world. Unlike America, Malaysians do not have the legal right to bear arms unless you own a gun license (which BTW is close to impossible to get).

The Office GIF from Gun GIFs

TRP sends our condolences to the families affected.