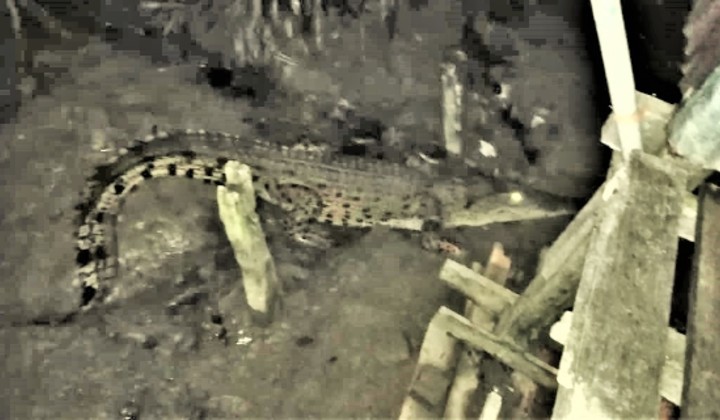 Yesterday night, when a child of Kampung Baji, Sarikei went to the kitchen to feed the cat, a long black figure was seen lurking under their house.

To their surprise, it was a 10-foot crocodile hanging around the back of their house!

The Sarikei Fire and Rescue Department (Bomba) was called, with nine personnel coming to the rescue to catch the reptile.

Unfortunately, Bomba did not get to catch the large reptile, as it swiftly jumped back into the nearby river.

There have been no reports of crocodile attacks on livestock or humans so far.

However, Bomba chief Mahmuddin Narudin advises the residents of Kampung Baji to be careful if they do go to the river.

Well, this is not the first time Mr. Crocodile has made an appearance among us humans, as one was seen in Shah Alam recently.

Although this case is similar to the one of Bujang Senang, we have found that it is highly unlikely to be the same croc as that violent crocodile was shot back in 1992 after killing 13 people.

Kuching Man Bitten By Crocodile Saved Himself By Slapping The Creature