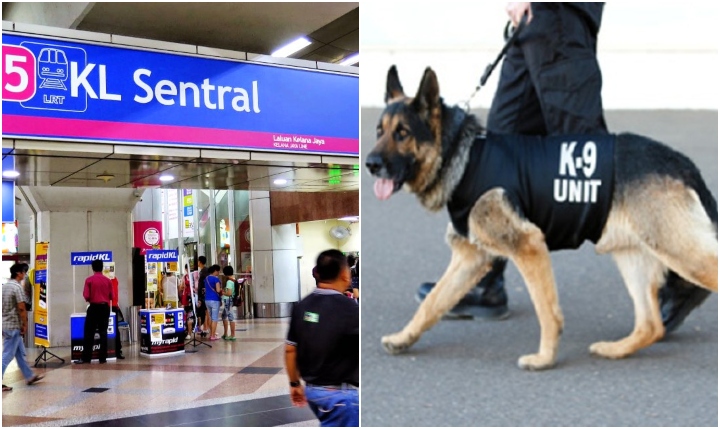 Yesterday was one crazy day in KL la!

First the haze came back, then Federal Highway jam like mad because of a burst water pipe. But, thatâ€™s NOTHING compared to what happened afterwardsâ€¦

This one wasnâ€™t just a threat but an actual improvised explosive device (IED) found at a house in Bukit Damansara!

Astro Awani reports that the IED was found by the public around 5pm and the police were informed around 10pm.

Subsequently, PDRMâ€™s bomb disposal unit arrived on-site and confirmed that it was indeed an IED, but incomplete.

Investigations are currently ongoing on the matter.

This bomb threat was a bit fishier. The â€œinformationâ€ came via Twitter user iMais – Uma AgÃªncia Sincera (@agenciaimais) who said in a now deleted tweet that there was a bomb in KL Sentral concourse area, hidden within a suitcase.

Naturally worried, the AskRapidKL Twitter account replied to the tweets asking for @agenciaimaisâ€™s contact number, but was asked to DM instead. The â€œinformerâ€ also claimed that the bomb was inside a red suitcase in their replies.

Checks by the bomb unit and sniffer dogs from the K9 unit around
9pm found nothing. The police could not confirm the authenticity of the tweet.

â€œWe could not detect any suspicious objects after carrying out investigations around KL Sentral. We believe the information provided is false.â€

Twitter user iMais – Uma AgÃªncia Sincera (@agenciaimais) tweeted AGAIN that a second bomb had been smuggled inside the Russian embassy at Jalan Ampang.

The tweet (also deleted) claimed that the second bomb will
detonate after the first one has exploded.

Again, police did not find any evidence of an explosive onsite.

KL Police Chief Datuk Seri Mazlan Lazim told The Star that investigations are being conducted together with the Malaysian Communications and Multimedia Commission (MCMC) to identify the owner of the Twitter account.

Currently, there is no confirmation if the last two bomb
threats were related to the IED found in Bukit Damansara.

However, anyone with information regarding the bomb threats
are urged to contact the KL Police Headquarters at 03-21159999 and Brickfields
IP Command Centre at 03 22979268.