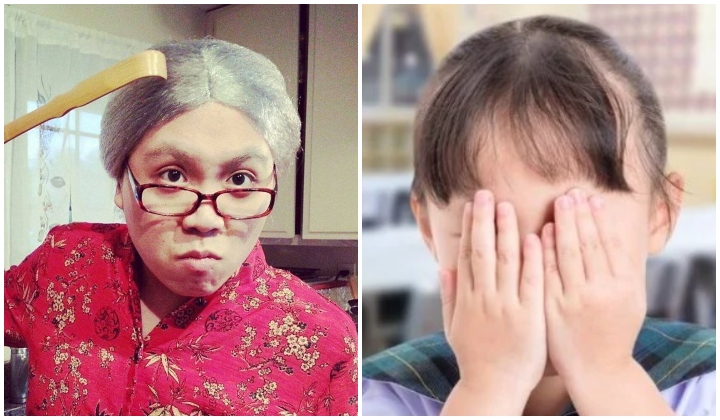 Hands up if anyone here grew up super scared of their garang
mum?

Yes, Asian mums are scary. So scary that a teenager in Perak lodged a false police report to avoid mumâ€™s scolding after he lost his bag!

Harian Metro reports that 19-year old Muhamad Arbaz Mohamed Akram claimed that he was a victim of snatch theft. He told Ipoh police that his bag was snatched at a traffic light in Kuala Kangsar-Chemor, near Sungai Siput Utara in the morning of July 14.

The truth: He lost his bag at an Ipoh restaurant!

Turns out, he shouldâ€™ve just fessed up because Muhamad Arbaz
was fined RM 1,500 by the Sungai Siput Magistrate Court.

Once the police found out the truth, Muhamad Arbaz was in REAL trouble as he was charged under Section 182 of the Penal Code for giving false information to any public servant, with intent to cause a public servant to use his lawful power to the injury of another person.

If found guilty, the punishment is a maximum 6-month
imprisonment, or RM2,000 fine or both.

The scared teenager, who didnâ€™t have a lawyer, pleaded for the lightest sentence as he came from a poor family and that his helpless mum would have to borrow money to pay off the fine.

In the end, the court decided that Muhamad Arbaz would have
to pay a fine of RM1,500. But if he canâ€™t cough up the cash, he would have to spend
a month in prison instead.

At this point, we can safely assume that he probably got the scolding of his life from dear old mum, for losing the bag AND lying about it AND costing the family money.

Moral of the story: Just tahan mumâ€™s scolding for a bit la. Then, sheâ€™ll feed you nicely again.