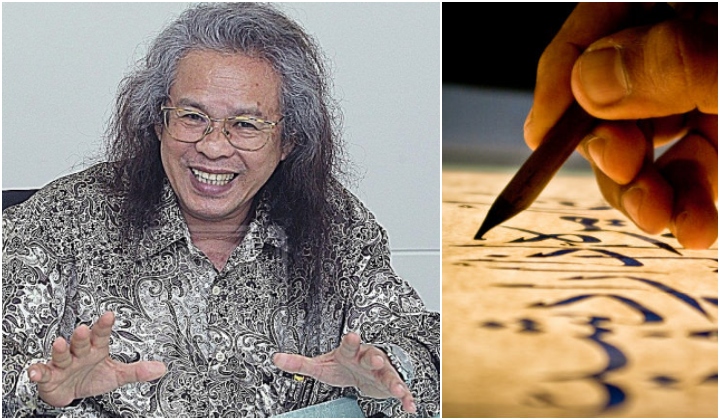 Malaysia is a melting pot of various races, religions and cultures. This diversity makes our food the best in Southeast Asia. But unity in diversity is more than just the pride of our food.

Itâ€™s understanding, respecting and participating in each others cultures and practices.

This decision also includes the move to add khat, the art of jawi calligraphic writing, to the year 4 Bahasa Melayu syllabus in vernacular schools next year.

The decision was opposed by chinese education groups, and some members of the public also voiced out their disagreement with the move.

â€œDo you support or oppose students learning Bahasa Jawi?
👍🏼 if you support
😡 if you oppose

[learn the benefits of bahasa jawi vs the disadvantages & personal advice]

Recently, the Ministry of Education announced that next year, students in Chinese schools will learn the art of khat writing (tulisan khat). This has caught the attention of many parents who are questioning the lessonâ€™s relevance.

Benefits:
1. It is not bad for children to learn a language and increase their knowledge. Parents can learn new things from their children.
2. Can improve the calligraphy level of children.
3. Maybe jawi will have great use in future

Disadvantage:
1. Taking up time children could use studying other subjects.
2. Jawi is not useful for Chinese people
3. Not many teachers who know how to teach this and introduction of more Malay teachers into Chinese schools is required.

I hope that this lesson can be included in informal courses, only for students who are willing to learn.

In fact, the main reason why most parents are opposing this is because the government are not defending the Chinese peopleâ€™s right to a choice! This is believed to be a violation of Chinese culture. But in fact, we have not preached our Chinese culture to our Malay compatriots, perhaps we should also accept their culture, after all, we are all Malaysianâ€

The post, which has garnered over 11k interactions, has 10k voting against the move and 1k voting in support of the move.

While it appears many Chinese Malaysians are opposed to the idea, famous national author and poet, Lim Swee Tin however is of the opinion that learning jawi writing wonâ€™t threaten ones faith and beliefs.

Speaking to Free Malaysia Today, Lim said that khat and jawi writing has nothing to do with religion or the teachings of the al-Quran.

When I was in primary school, I wrote and read jawi. It wasnâ€™t a problem for me, and it did not change my identity or my religious beliefs.â€

Also sharing Limâ€™s sentiments, principal research fellow from the Institute of Ethnic Research at University Kebangsaan Malaysia (UKM), Teo Kok Seong said that the lessons provide SJKC and SJKT students the chance at learning the art of Bahasa Melayu which has two scripts, a jawi one and a romanised one.

â€œThe art of khat writing can foster creativity in the younger generation. This exercise should not be opposed if weâ€™d like to see our youth become diversely-abled members of our multicultural Malaysian society.”

Teo added that all parties, especially parents of the students should not worry about the issue as it is just people making mountains out of molehills.

â€œThis confusion needs to be removed from the mind. Instead of opposing the move, it’s best to ask for an explanation.

This attitude shows that we have actually failed in the process of establishing a community that is united in its diversity.â€

If you’re interested in the history of Jawi in Malaysia, you can read more about it in this very interesting but long historical research paper.