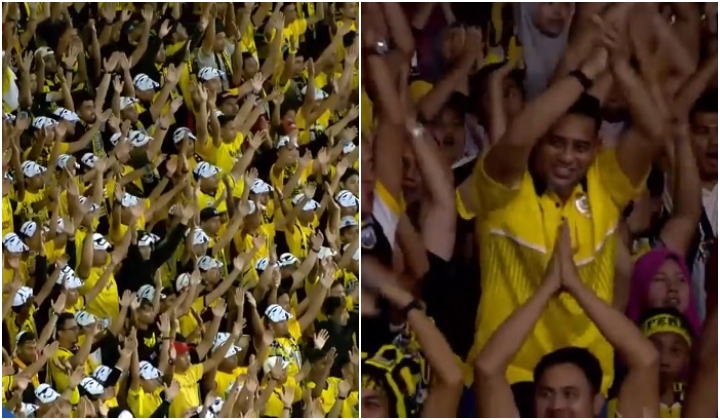 Back in 2016, millions of football fans around the globe had tingles running down their spine every time the Icelandic team played a match in the UEFA Euro 2016. Then, the same thing happened again in the 2018 FIFA World Cup.

No, it wasnâ€™t because the Nordic players were so tall, buff, and handsome (well.. not the only reason) but because of the intensely chilling Thunder Clap a.k.a Viking Clap.

Making history in the Malaysia Book of Redords, the thunderous event took place last weekend (July 27) during the 2019 FA Cup Final between Kedah and Perak team.

Thatâ€™s not all though, the epic event managed to impress international
fans who clapped their eyes on the Malaysian football fans clapping.

Scores of supportive comments flooded the video shared on ESPN FCâ€™s Facebook page, but there were some pretty amazing Malaysian trolls which we feel deserve some attention.

The news even made it to UKâ€™s The Guardian AND Fox Sports Asia!

What is the Viking Clap?

Made popular by Icelandic football fans, the Viking Clap is a
celebration where a slow chant ends with an intimidating clap, following the beat
of a drum.

The claps get quicker with each following clap and is accompanied by a deep cry of â€˜huhâ€™!

While people would naturally assume that itâ€™s some sort of ancient Viking war cry, the truth is that the potent chant was adopted from a ScottishFootball Club!

This is just the little bit of good news needed by Malaysian football fans after images of rubbish strewn across the stadium after the match went viral on social media earlier this week.

Thereâ€™s a glimmer of hope that the international spotlight may inspire our local bois to clean up their act, then weâ€™ll really get to do a thunderous Viking Clap at the next match.