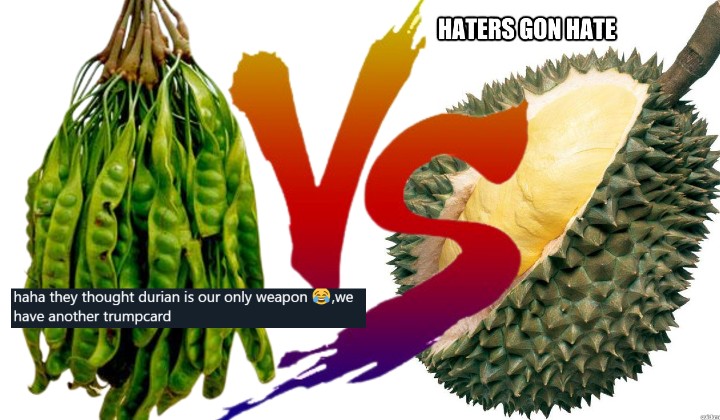 When Singapore held a 4-day long exhibition for a Malaysia fest on their little island, Singaporean authorities had prohibited durians from being showcased.

As many as 10,000 strands were brought into the tiny island of the south from Perak (instead of just 4,000 strands because there was high demand).

Initially, Musang King and other variants of durians were supposed to be brought for the expo, but Singaporean officials feared the stink, hence, decided to forbid its display.

Visitors were, of course, very disappointed when durians were not to be seen at the expo.

Well, Twitterjaya has started to take a mickey out of this situation.

Besides, did they forget the stink that petai causes in your urine?

Eat petai then pee in their public toilets..let it be fragrantly smelling 😂😂

Whilst some Malaysians are wary of Singapore’s next action;

Well, it doesn’t matter, does it? More durian for us!