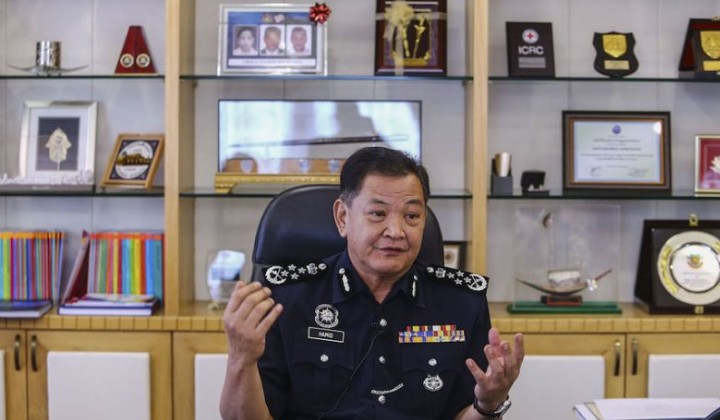 Malaysia is losing the war on drugs!

The nationâ€™s Inspector-General of Police Datuk Seri Abdul Hamid stated that the country had reached a breaking point in the never-ending narcotic plague.

The nationâ€™s top cop mentions that a new approach and strategy towards the drug epidemic is needed if Malaysia is to combat this major problem.

Abdul Hamid expressed deepened concerns over the growing number of drug production facilities that are busted in the country almost on a daily basis.

He said that even with the increased in the number of large drug busts being made, they were barely putting a stop to the amount of illicit drugs flowing into Malaysia.

The IGP confessed that the PDRM was no longer equipped to effectively fight the battle with the current resources at its disposal.

Abdul Hamid even came clean to the fact that inevitably, even police officers fall victim to the relentless grip of drug abuse.

He mentioned that thus far in the year alone, some 30 bad apples had been arrested for drug-related cases.

â€œWe can see addicts not only among civilians but also my own men. Every week, we arrest our own men who are high on meth and syabu.â€

â€œDrug abuse in the country is at a breaking point and if we do not check it now, it will be at the level of what we can find in Colombia, that is how bad it is.â€

Malaysia lies at the very frontlines in the global war on drugs as a pitstop for illicit drug trafficking syndicates to move drugs across the world.

Our close proximity to the Golden Triangle states – a popular term used to describe the area bordering areas of Thailand, Laos, and Myanmar where most of the world’s supply of narcotics from Southeast Asia comes from -makes Malaysia and more than 3 million people here susceptible to the alure of drug abuse and addiction.