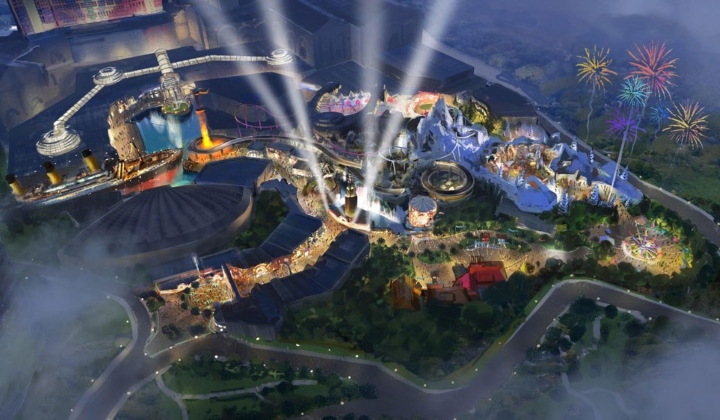 Late last year, Genting Malaysia accused 20th Century Fox of abandoning their deal to build the first Fox-branded theme park in Malaysia and filed a US$1 billion lawsuit against them and Disney over the matter.

Which left many Malaysians disappointed, cause frankly, we were looking forward to “20th Century Fox World” in Genting la.

Recently, Genting released a statement saying that they have arrived at a settlement with 20th Century Fox and Disney over the outdoor theme park.

The settlement agreement reportedly fully resolved the disputes against all three parties and they have all agreed to dismiss their claims and counterclaims.

Furthermore, the settlement agrees to grant Genting a license to use certain Fox intellectual properties.

So, we now know that although the theme park won’t be “Fox World”, there will be some Fox themed rides.

Genting confirmed this in their statement, announcing that they will be using both Fox and non-Fox intellectual properties, renaming the long awaited theme park as well as updating their development and construction plans to complete it!

Their statement has triggered several speculations on which â€œnon-Fox intellectual propertiesâ€ will be added to the theme park.

And reports have surfaced that Marvel, and US-based theme park brand Six Flags, approached Genting to fill in the void Fox has left them with.

Though, weâ€™re not entirely convinced of Marvelâ€™s involvement considering the brand is now wholly owned by Disney.

FYI, according to Genting, Fox backed out of their theme park deal because Disney didn’t want to be associated with the gambling business seeing as it didn’t fit with the companyâ€™s “family friendly” brand strategy.

This became an issue after Disney bought Fox on March 20, 2019. Disney’s acquirement of Fox was made after Fox agreed to build the theme park with Genting in 2013.

In Foxâ€™s original agreement with Genting, they had promised intellectual property rights of Ice Age, Life of Pi, Alien, Predator and Night at the Museum.

It hasn’t been made clear which movies will remain in the final construction of the park now that the three companies have come to an agreement. However, judging by what the park looks like right now, our guesses are that there will be at least an Ice Age ride!

You can take a look at the current state of the theme park via the video below!