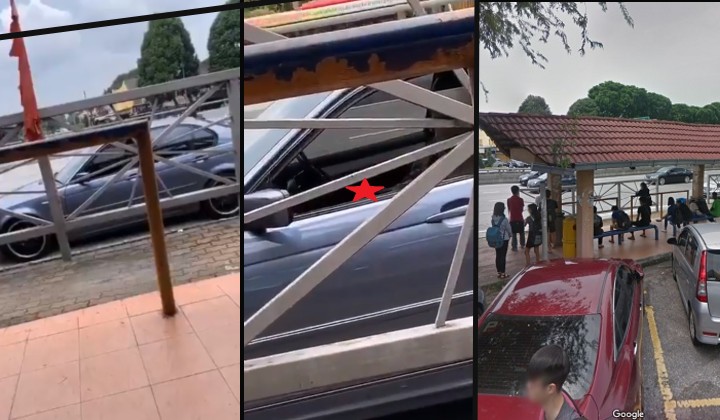 Can you picture yourself walking down the streets of SS15?

Happily sipping on your bubble tea, belly full of buttermilk chicken and then you spot something thatâ€™ll make you puke all of it out.

No, weâ€™re not talking about the rats and cockroaches, but the equally gross scene of a man pleasuring himself in his car as witnessed by a traumatised bystander.

In a series of messages sent to Walter, the traumatised girl
was close to tears throughout the episode but couldnâ€™t move.

shes frightened, traumatised and disgusted by this stupid guy pic.twitter.com/qRhbzJ6LxG

The fappening only stopped when more people came to
the bus stop.

Despite being subject to such sexual harassment, she managed to record the incident.

You can view it HERE, but itâ€™s NSFW/NSFL/NSFE. *YOU HAVE BEEN WARNED*

No word yet if a police report has been made, but this incident is considered an offence for committing gross indecency under Section 377D, Act 574 of the Malaysian Penal Code which states:

â€œAny person who, in public or private, commits, or abets the commission of, or procures or attempts to procure the commission by any person of, any act of gross indecency with another person, shall be punished with imprisonment for a term which may extend to two yearsâ€

So the next time you’re queuing up at SS15, watch out, guys!