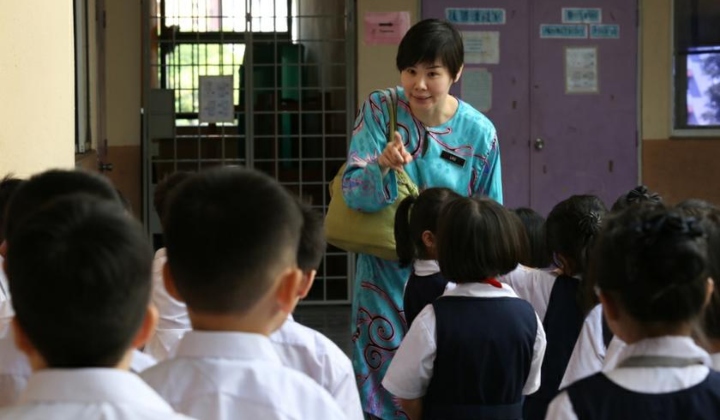 Prime Minister Tun Dr Mahathir Mohamad says the Education Ministry is reviewing re-implementing the Teaching and Learning of Science and Mathematics in English (PPSMI) in schools.

Speaking at the Dewan Rakyat, he noted that English is an international language, particularly necessary in management, businesses and job applications.

However, two Chinese-language education groups under the collective name of Dong Jiao Zong do not agree with the move.

Instead, they argued that teaching students science and math in their mother tongue should be continued.

Using South Korea, Japan and Finland as examples, they said that these countries had maintained education in their mother tongue without hampering their student’s progress.

The group also highlighted the effectiveness of teaching students in their native language by referring to 2018 UPSR results, which showed that students achieved 80.15% and 96.12% of the minimum level for math and science.

They then insisted that the government consider focusing on strengthening the teaching of these two subjects in the studentsâ€™ mother tongues in all school streams for better results, instead of â€œforcingâ€ primary school students to learn the subjects in a second language.

â€œBecause students are unable to master a language that is not their mother tongue, this will weaken studentsâ€™ academic performance in mathematics and science, and seriously affect the quality of the nationâ€™s education.â€

Dong Jiao Zong stated that they aren’t denying the importance of English as a language to master technology or for use in international communication.

However, English is not the native language for the majority of Malaysians and therefore, the education department should avoid sacrificing the majority’s right to learn just because of a demand by an alleged minority who are well-versed in English.

Do you think PPSMI should be re-implemented in primary schools or should students be allowed to study science and math in their mother tongue?

This Malaysian Company Breeds Neo-Female Freshwater Prawns To Increase Yield. What Is It?