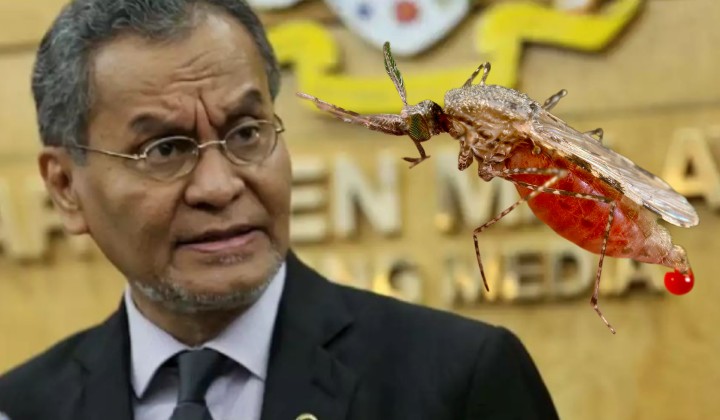 Earlier this week, Dr. Dzulkefly Ahmad spoke to the press about the Orang Asli in Pos Lenjang, Kuala Lipis in Pahang who were affected by a malaria outbreak.

He reports that 15 Orang Asli children between the ages of 4 and 10 from Kampung Pagar and Kampung Serdang are hospitalised at Hospital Kuala Lipis.

The children are stable and currently being prescribed antimalarial medication.

We Have A Bug GIF from Spongebobsquarepants GIFs

The cause of this outbreak is currently being investigated, as the last reported case of malaria in the area was in 2011.

393 blood samples have been taken from the Orang Asli villagers in the 2 villages to be examined.

The malaria outbreak that was currently affecting the Pahang Orang Asli are of a mild form and is curable over a course antimalarials.

There is sufficient medicine and anti-malaria drug supply.

Unlike dengue (which is currently on the rise), malaria is on the brink of eradication
in Malaysia, as targeted by WHO.

Malaysia also has the lowest prevalence of malaria in the Southeast Asian region when compared to our neighbours.

Although both malaria and dengue are mosquito-borne diseases, they are transmitted through 2 different types of mosquitoes; Anopheles for malaria, and Aedes for dengue.

We have summarised the differences between these two mosquitoes in a diagrammatic representation we found on the Internet.

What’s the difference between #aedes #mosquito and #anopheles? from http://t.co/CpkVA6hryE #dengue #malaria pic.twitter.com/YDgzql1k6z

The Health Ministry’s official Twitter account has also released a poster to educate the public about malaria and it’s symptoms.