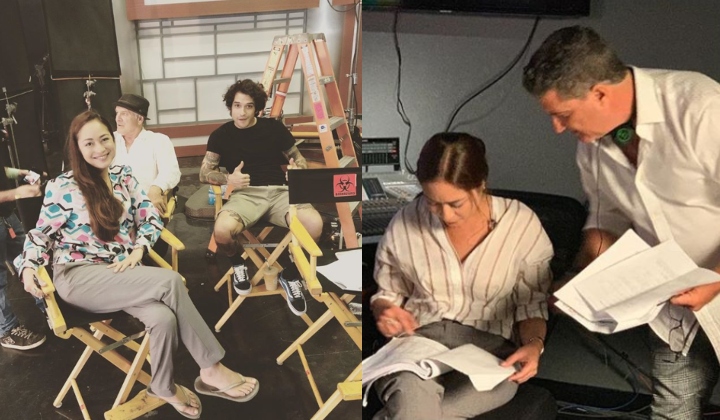 The 39-year-old actress began shooting the film in Los Angeles last week and has been updating her fans through several social media posts.

Sheâ€™ll be acting alongside Tyler Posey, the 27-year-old actor best known for his roles in Teen Wolf and Scream, and Canadian actor Donald Sutherland who also acted in The Hunger Games saga.

According to Maya, who spoke to Malay Mail, her offer for the film came in at the very last minute and sheâ€™ll only have one scene in the movie.

â€œThrough my connections and networking, I made friends with director Martin, and a Malaysian counterpart offered, and helped send me to LA to shoot this one scene.â€

â€œBasically the main reason I came here was for just one scene in my first Hollywood movie.â€

Although she only has one scene, her role is crucial to the film. This is obvious from the fact that sheâ€™ll have to memorise four pages of â€œscience dialogueâ€ as preparation.

â€œItâ€™s a fairly important role, I play a scientist whoâ€™s done all the research on this virus or infection that drives people nuts.â€

Speaking about what it was like acting in a Hollywood production, the Malaysian actress said the experience has been eye opening.

â€œI was waited upon, cared for and even had a huge dressing room.â€

The film, directed by Johnny Martin is titled â€œAloneâ€. Based on its synopsis on IMDB, the thriller centers around Aidan (Posey) who barricades himself inside his apartment and starts rationing food as his complex is overrun by infected â€˜Screamersâ€™.

Super hands on director. With me every step of the way.. dah la 5 pages crammed into one scene.. first time shooting with an LA production, memang nervous 🤒 Swipe #LA #losangeles #tryingtodomybest #shooting #movies

We’re super stoked to watch you in the film once it’s released, Maya!