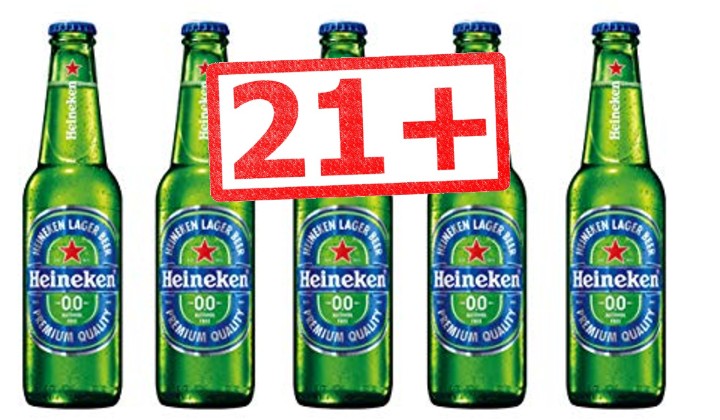 The halal-ness of the new Heineken 0.0 non-alcoholic beer has been stirring the internet recently.

Though this is not the first time the halal-ness of a beverage has been questioned in Malaysia.

The Dutch company released a statement about the matter, where they clarify that the Heineken 0.0 is non-halal and is targeted at non-Muslims, aged 21 and above.

Heineken also adds that the beverage is only available in the non-halal section of supermarkets and convenience stores, as it carries signage indicating that the product is strictly for non-Muslims, ages 21 and above.

Due to the commotion surrounding this matter, Minister at the Prime Ministerâ€™s Department, Datuk Dr. Mujahid Yusof had also stepped in with a statement.

Mujahid stressed that it was not a wise move to produce products that would mislead Muslims.

Nonetheless, Heineken emphasizes that the drink was introduced in Malaysia to provide a choice for non-Muslim consumers who enjoy the taste of beer without the effect of alcohol.

There are even disclaimers on their social media advertisements, *Non-Muslims, 21+ only.

Besides that, the Malaysian Islamic Development Department (JAKIM), has explained thoroughly on their Facebook page that there is no halal certification given to the drink.

According to JAKIM, beverages made with same intention and method as liquor, regardless having a little or no alcohol content, is still haram.

So guys, do read the signs and labels before drinking or consuming anything OK.