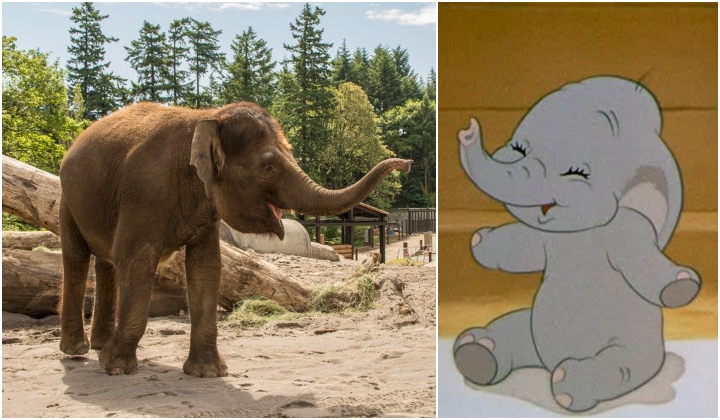 A pygmy elephant donated to Oregon zoo in the United States by Sabah is expecting her first calf!

Big news: Chendra is pregnant and expected to deliver another member of the elephant family in late 2020. Raising calves is an important part of the lives of Asian elephants, and weâ€™re really excited for Chendra and the rest of the herd to have this opportunity. pic.twitter.com/9xEGHbzzyt

Chendra, now 26 years old, was given to the zoo in 1999 after she was rescued from a palm oil plantation in Tawau. Found an orphan, her age and injuries meant that she couldn’t be released back into the wild. Which makes her pregnancy now such a touching one.

The zoo care staff arenâ€™t entirely sure which of the male elephants had mated with the Chendra but are sure it must have been one of two Siamese (Thai) elephants which have been seen hanging around her.

Care staff aren’t sure which of the zoo’s two male elephants â€” Samson or Samudra â€” is the father. (All we know is that his name is Sam)

The report by Oregon Zoo about the pregnancy believes that she must have conceived sometime in January this year, based on her pregnancy status.

The gestation period for elephants is around 22 months(!), and Chendra is now six months pregnant, not yet past her first trimester in human terms. She is currently being cared for behind the scenes pending definitive results from a routine TB test. Story: https://t.co/T5x172kA6X

Sabah Wildlife Department assistant director Dr Sen Nathan (and us!) was overjoyed over the news of Chendraâ€™s pregnancy. He said that her calf will be known as an Asian elephant when itâ€™s born.

He also reported that Chendra was recently diagnosed with a lung infection and that veterinarians are doing their level best to ensure the health of both mother and calf.