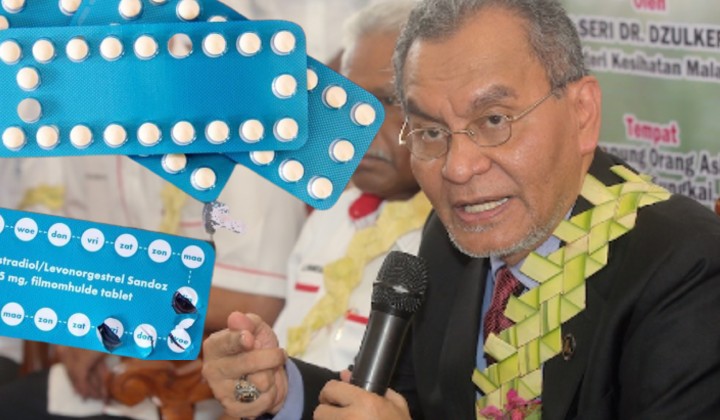 After the buzz on allegations that the Health Ministry (MOH) has been forcing and threatening the Orang Asli community into using birth control, Health Minister Dr. Drzulkefly Ahmad bites back.

According to Free Malaysia Today, Dr. Dzul responded by saying that health officers have been trained to give advice on these matters.

If itâ€™s true there were some officers who threatened them, it is beyond what I can imagine.

Additionally on Twitter yesterday, he released facts and figures refuting the allegations.

For those who still have questions about the birth control injection, please read carefully ya.

This programme was conducted on the advice of medical specialists and also follows the criteria and â€˜guidelinesâ€™ that have been set by WHO.

Basically, he highlighted that birth control is advocated by MOH to all women who have just given birth, not targeted particularly to the Orang Asli community.

Besides that, the main reason birth control is strongly recommended for the Orang Asli community is because of the alarming numbers of Orang Asli women who suffer from anaemia (low red blood cells) during pregnancy.

Orang Asli in Hulu Perak suffer from anaemia 4 times more compared to the national average, with 24.2% of Orang Asli women at 36 weeks of pregnancy being anemic.

That means, 1 in 5 women in the Orang Asli community suffer from anaemia.

But don’t all pregnant women get ‘anaemia’ anyways?

Yes, when a woman gets pregnant, she would naturally have a little dip in her red blood cells. Although, these patients would not be flagged down as anaemic patients because only a significant decrease in red blood cells would classify a person as anaemic.

Anaemia in pregnancy is a serious matter as it is potentially dangerous for both mother and baby.

According to the American Journal of Clinical Nutrition, anaemia in pregnancy can lead to babies born with low birth weights and also poor health.

Furthermore, precautions need to be taken during their delivery, such as the need to deliver in a hospital setting and the need to have back-up blood.

This is because mothers with anaemia are at higher risk of having massive bleeding during delivery.

Oh No GIF from Thebossbaby GIFs

So that’s why the Orang Asli need the injections after all!