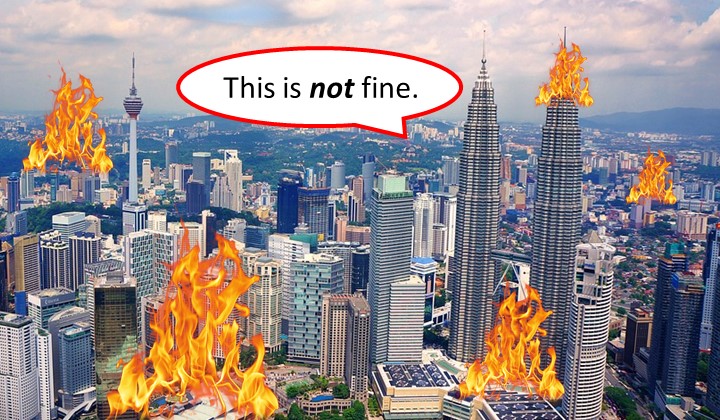 What we’ve feared is here: Malaysia will face unprecedented climate shifts by 2050.

In just one generation, we may face changes in rainfall patterns, extreme drought and increased risk of flooding.

Our agricultural industry will struggle because there will be literally no other climate like this in the world.

The global climate crisis is changing every aspect of the world we know and live in. It’s inescapable, and not enough is being done about it.

To fully explain the global impact on the world, scientists put forth an analysis on how cities would be affected.

On average, they found that cities would shift towards the sub-tropics. Colder cities now will have warmer climate. Even Greenland would become more habitable as their ice melts and the weather turns warm.

For cities shifting into sub-tropics, they have examples to draw upon. London, for example, will feel more like Barcelona. Seattle will feel like San Francisco. Tokyo will feel like Changsha.

But for tropical countries such as Malaysia, which is already in the tropical climate zone, “enjoying” one of the hottest and most humid weather in the world, we are literally in uncharted waters.

What this means is that there is literally no example of a climate that is hotter than the tropics. Scientists have no idea what to expect other than extreme weather, which is pretty much confirm + chop at this point.

Recently, there was a call to plant one trillion trees in the world. Swiss scientists say that there’s enough room to cover 9 million square kilometers with trees, proposing it as the cheapest and most feasible solution.

And while certain groups argue over political responsibility and land ownership, is the rest of the world supposed to sit around and twiddle their thumbs, waiting for a decision to be made?

No. We might as well do it all and start with what we can, whether it be saving resources, using metal straws, or planting more trees.