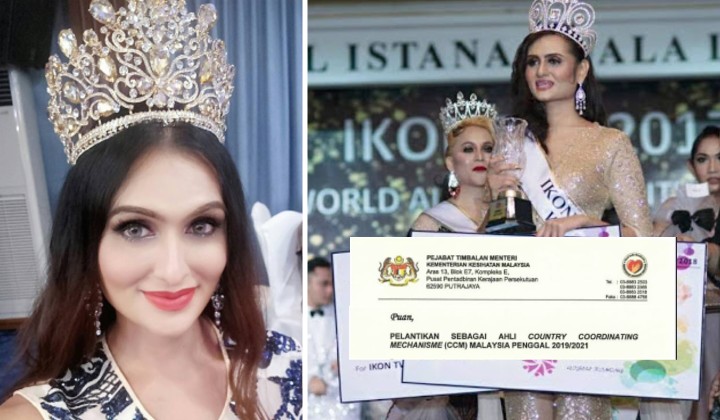 After Rania Zara Medina, a former transwomen beauty pageant winner, was appointed as one of the 25 Country Coordinating Mechanism (CCM) representatives, the issue went viral.

Following much criticism from the rakyat, the deputy Health Minister Dr. Lee Boon Chye responded with the reason for the appointment.

A press statement was released on social media yesterday (July 10).

Among the things that were explained in the statement was that Raniaâ€™s appointment was truly textbook, following existing procedures.

Dr. Lee explains that all 25 CCM members have different roles to play when representing the country. As the other 24 CCM members were stakeholders from government agencies, non-governmental organisations, and even academic members.

However, the community representative for the Global Fund has to come from the target population.

The target population includes transgenders, men who have sex with men, female sex workers, people who use drugs, and people living with HIV/AIDS (PLHIV).

Hence, appointing Rania, a transgender, is just fitting with this criterion.

Besides that, in the statement, MOH explained the function of CCM under the Global Fund initiative.

As a CCM representative, one would hold the huge responsibility in drafting and sending in the proposal to The Global Fund, an international nonprofit organisation that channels funds to help battle AIDS, tuberculosis (TB) and malaria.

This year, Malaysia has chosen the Malaysian AIDS Council as the Principal Recipient of funding.

This funding is crucial for Malaysia to advance further in the field of AIDS.

Especially since Malaysia has been making so much progress in this field.

FYI, Malaysia is the first country in the world to have eliminated mother to baby HIV transmission.

We hope with the funding received, our country continues to make milestones in AIDS, TB and malaria.