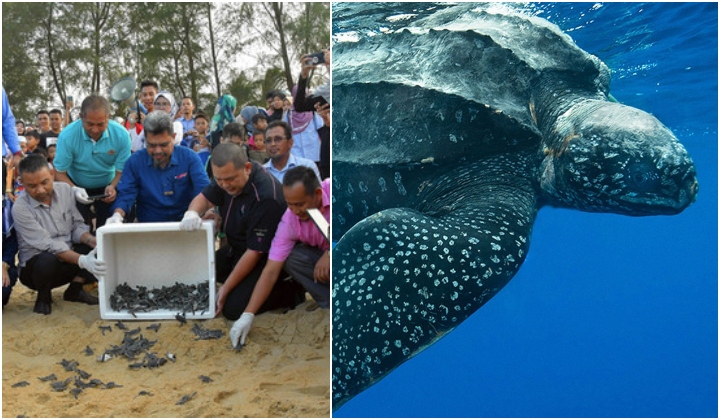 On Peninsular Malaysiaâ€™s east coast, the leatherback, green and hawksbill turtles are the three types of sea turtles that land and lay eggs.

However, nearly all species of sea turtles are classified as endangered due to being slaughtered for their eggs, meat, skin and shells as well as due to the effects of climate change and fungus infections.

FYI, female leatherback turtles lay eggs every 2-3 years. With as few as 2300 females left in the world, it makes the species the most endangered marine turtle on the planet.

So, they (the Terengganu Fisheries Department k, not the turtles) have proposed that leatherback sea turtle eggs be bought from overseas to be incubated and released into Terengganu waters to restore the population of the species in the state.

“However, the proposal will be reviewed in a special seminar that will gather scientists and turtle-related experts in October.

If they agree with the proposal, we will seek cooperation from the state government to implement it.”

Itâ€™s important to note that Zawawi stressed that the department will be referring to advice of researchers about the viability of this option since turtle eggs are super sensitive.

A video of one being ridden by a group of men and children recently went viral on social media recently.

The horrifying video, reportedly filmed on a beach in Indonesia, shows the clearly distressed turtle struggling to get away from the men while the group take turns riding it.

Eventually, the turtle manages to make it back to the water.

You can watch the full (and distressing) video below:

Save the darn turtles, guys.