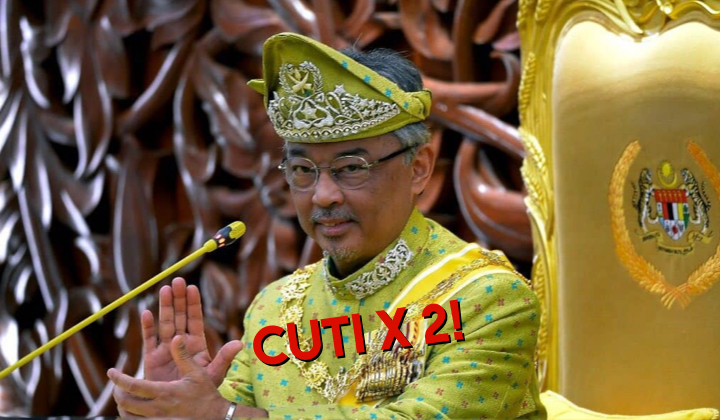 Late last month the government declared a public holiday for the entire nation on July 30 in conjunction with the Agong’s coronation.

But, it looks like residents in Pahang have an extra reason to celebrate at the end of this month as the Pahang state government just declared both July 30 AND 31 as public holidays there!

FYI, the birthday of the Sultan of Pahang Sultan Al-Sultan Abdullah Riâ€™ayatuddin Al-Mustafa Billah Shah will be on July 30, the same day as his coronation as Malaysiaâ€™s 16th Agong.

Due to this, the state government has decided to celebrate the two events on separate days.

Now, isnâ€™t that something good to look forward to at the end of the month?