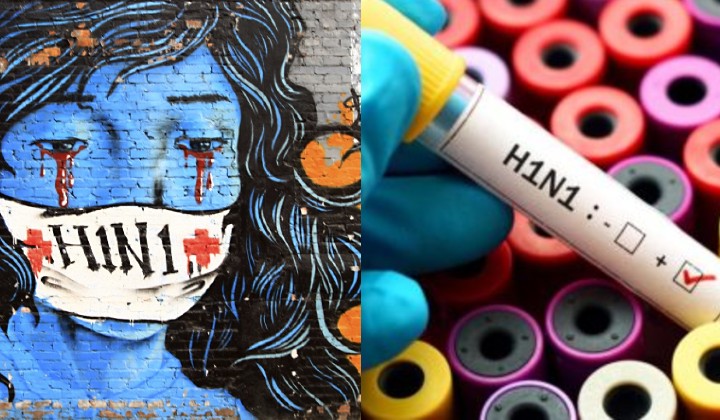 A mother and daughter were confirmed to have been infected with Influenza A (H1N1).

According to reports, both the 30-year-old woman and her 6-year-old child were tested positive for the virus after getting blood checks at a private hospital in Damansara.

Apparently, it was the child who was infected by the virus first, before it spread to the mother.

The woman recounts that her daughter had been sick since June 30 and suspected the child had caught the infection by attending a kindergarten in Denai Alam, Shah Alam.

Apparently, six other children from the tadika were noted to be experiencing similar influenza symptoms. But it was unclear if those children were infected too.

The H1N1 flu virus, also referred to as swine flu, is an acute respiratory infection that can be fatal to humans.

Symptoms of the infection include a high and abrupt fever, sore throat, sneezing, coughing and, often accompanied by headaches, body aches, chills as well as vomiting and diarrhea.

The virus is known to be especially dangerous for at-risk individuals; small children, pregnant women, and senior citizens, as well as those whose immune systems have been compromised including cancer patients, individuals with asthma, diabetes as well as heart conditions.

The disease spreads easily in humans, transmitted by touch and airborne methods like hitching a ride from a cough or sneeze.

Both the mother and child in question were quarantined at home, and the kindergarten’s management had reportedly taken measures to avoid further spread of the virus.

However in the context of this particular incident, it is very important for parents to be aware of their childâ€™s health, and remember to always avoid sending sick kids to school.

Keep them safe and secure from infecting anyone else, even if it means taking time off work to do so, and to also seek medical attention whenever necessary.

Chances are youâ€™ll probably get sick too… But hey, it’s your kid, your problem. Don’t make it other peopleâ€™s responsibility to take concern about your childâ€™s healthâ€¦

Schools are a common place for infections to spread.

Just recently, 102 students between the ages of 13 to 17, including a teacher were reported to have contracted H1N1 whiles attending a school in Ipoh, Perak.

It is also best to avoid going to public places while feeling ill. Take an MC if you’re feeling sick, or if you are still required to go to work or class, wear a face mask at all times.

Precautionary measures such as maintaining good hygiene and taking seasonal flu vaccine shots are also great means of halting the spread of these infectious diseases.

Let’s all try our best to maintain a healthy community by keeping an eye out for ourselves and each other.

Subang Boarding School Forced To Close After Students Fell Ill, Could Be Influenza A