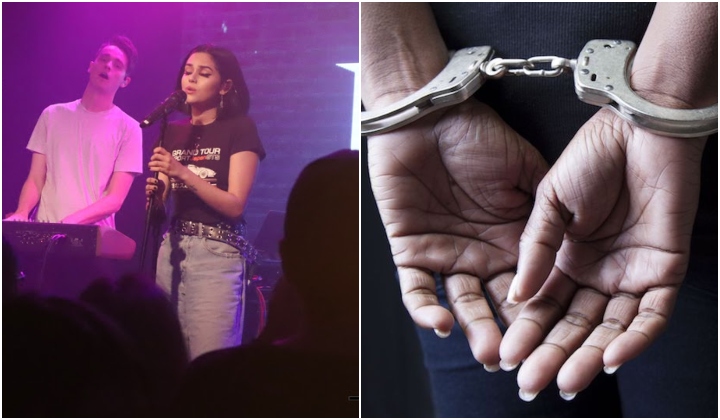 Our immigration department has been receiving a lot of attention recently.

i thought we only detain foreign cosplayers and filipino toddlers https://t.co/Whj9J4tDvm

Now, eyes are on them again after reports surfaced that they had arrested and detained an American singer songwriter mid-way through her concert here in KL last month.

According to several reports, singer Maggie Lindemann was performing on June 21 at The Bee in Publika, Kuala Lumpur when the KL Immigration office raided the venue and arrested her.

Lindemann posted an update on her social media accounts yesterday about the incident, claiming she had been locked up for a total of five days by Malaysian authorities, which according to her, was a â€œliving hellâ€.

According to the departmentâ€™s director, the singer was picked up because she did not have the permits required to perform.

The department released her the next day on bail.

â€œShe was arrested for not having a professional visit pass at the time of the performance. She was then detained at Jalan Duta for documentation purposes and was released with bail the next day.â€

Hamidi revealed that the organiser for her concert has since been charged in court over the incident. They plead guilty and were subsequently fined RM30,000.

Due to the arrest, Lindemannâ€™s Asian leg of her tour had to be cancelled. After her concert in Malaysia, she was due to make stops in Singapore on June 26 and Philippines on June 30.

However, Lindemannâ€™s allegations come on the heels of claims by two Filipino women who were deported from Malaysia together with their two toddlers. According to them, they were treated like animals at the Immigration detention centre in Bukit Jalil.

The immigration department came under fire by NGOâ€™s and the public for detaining the toddlers in the first place.

What is happening, Immigration?