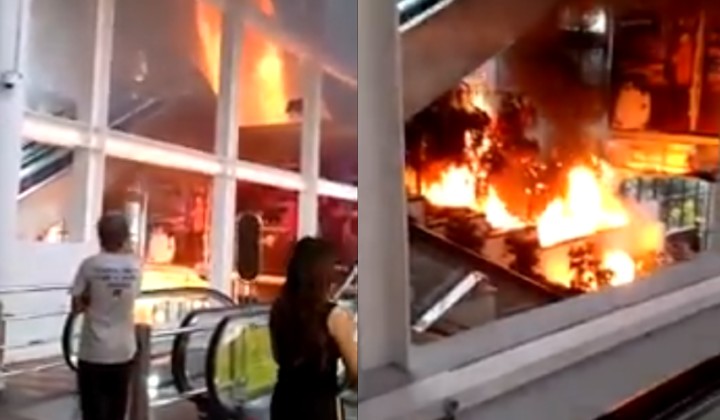 Things got a little heated in cloud city after a fire broke out at the Genting Highlands resort late Monday afternoon.

The mystery blaze had engulfed some artificial landscaping (mostly fake flowersâ€¦) which was growing next to an escalator near the Genting Grand and First World Hotel.

(For lack of a better reference. You know, those tall a** escalators at Genting that kinda takes you forever to get up or downâ€¦)

The pyrotechnic show was even caught on video and went viral. Here check it outâ€¦

The video which was (Obviously…) captured on a mobile phone showed red flames blazing away while several curious onlookers stood by.

Besides the crackle of fire, and the muffled chatter from brave spectators. (Like, like moths to a flame…)

Loud booms could also clearly be heard in the video just before it cuts away. (Probably the structure giving way because of the heat…)

Everything was basically over when Bomba came to the scene. 20 firefighters doused the fire with seven fire extinguishers and a fire hose.

And things basically went back to normal after that. Thankfully, no one got hurt in the incident.

(Even Genting was all cool about itâ€¦)

The cause of the fire remains to be determined by officials.