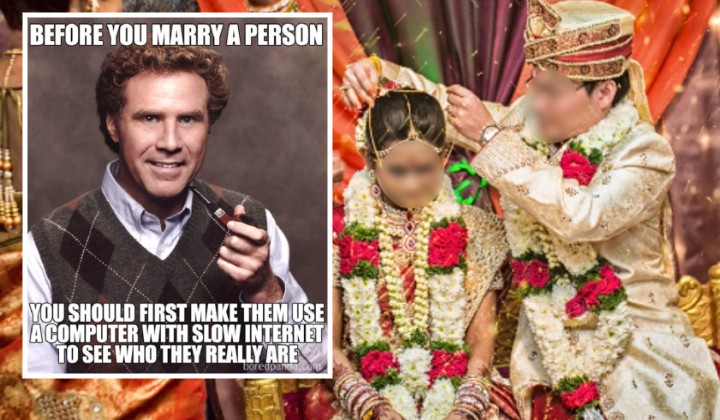 On top of the normal headaches, brides (and grooms?) have to mull about before wedding preparations likeâ€¦

How many bridesmaids?
When the tea ceremony would be?
Who would be on the guest list?

Guess what? There’s another thing to worry about!

Every Johorean now has to make time for a compulsory marriage course.

Ever since the minimum age of marriage in Johor has increased to 18 years old for both Muslims and non-Muslims, â€˜Modul Keluarga Sejahtera Johorâ€™ will be introduced to help reduce divorce rates in the state.

It is currently being developed in collaboration with Universiti Teknologi Malaysia (UTM) through the Darul Ta’zim Family Development Foundation (YPKDT).

After it is fully ready, not only do Muslim couples need to have a pre-marriage certificate before marriage but non-Muslims as well.

The Johor state government is alarmed by the divorce rates and various programmes have been devised to overcome this problem.

Liow Cai Tung, the chairman of Johor Tourism, Women, Family, and Community Development Committee, raises the concern over the statistics of divorce cases in her state.

She says that cumulatively, there have been 9,691 divorce cases in Johor from 2014 till now.

We have broken the numbers up and charted it as below.

Though when compared to other states, Johor does not have the highest crude divorce rate in Malaysia. In fact, it has an average crude rate in the country, of 1.6.

Crude divorce rate is basically the number of divorce cases per 1,000 people in a certain area.

The national crude divorce rate has been 1.6 for the past 2 years consecutively.

Whatever the number, the intention of wanting to reduce the rates of divorce is a noble one.

Especially when CUEPACS recently released a statement that financial woes were the cause of divorces in Malaysia.

We hope to hear what the boot camp module actually consists of as there was no mention of what or how long this module will be.

But here’s a useful tip we found for you…