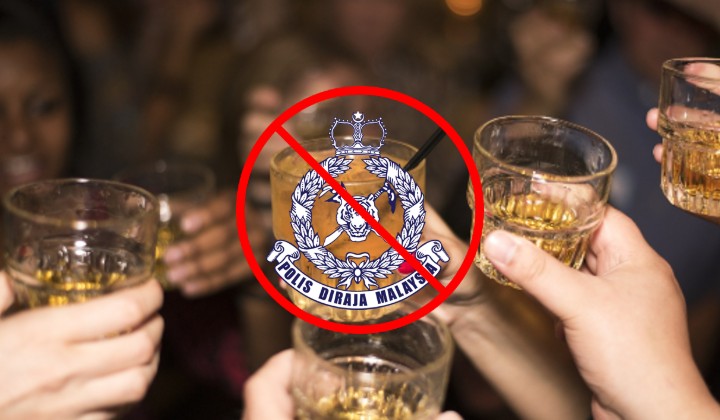 But whyyyy? Policemen need to enjoy too what?

Well, according to the big cop in charge, officers are strictly banned from entering, let alone participating at any entertainment parlors; bars, nightclubs, gambling dens and most definitely prostitution houses.

The prohibition was apparently placed in order to curb the ongoing issues of corruption infecting the force.

Explaining that not all bribes are made out in cash, the IGP
disclosed that several officers in the country were regularly seduced by
certain parties with obviously ulterior motives.

â€œThere are even birthday parties hosted for the officers at these clubs. Can you imagine that? A police officer celebrating his birthday for free at a nightclub. That is bribery!â€

Abdul Hamid also mentioned that this strict doctrine was not something new to the force.

The PDRM had observed similar rules for nearly 20 years, but the enforcement of the matter, however, had clearly been lackingâ€¦

So with Abdul Hamid at the helm, the IGP had instructed the Standard Compliance Department (Jabatan Integriti dan Pematuhan Standard), or JIPS to keep a watchful eye on the issue, where any officers caught disobeying the order will be brought forth to face harsh punishment.

But thatâ€™s not all… The IGP also reminded his officers to also be mindful of the company that they keep.

Abdul Hamid also advised officers to stay away from any bad apples; individuals, celebrities and personalities who are tied to certain vices like drug use and gambling.