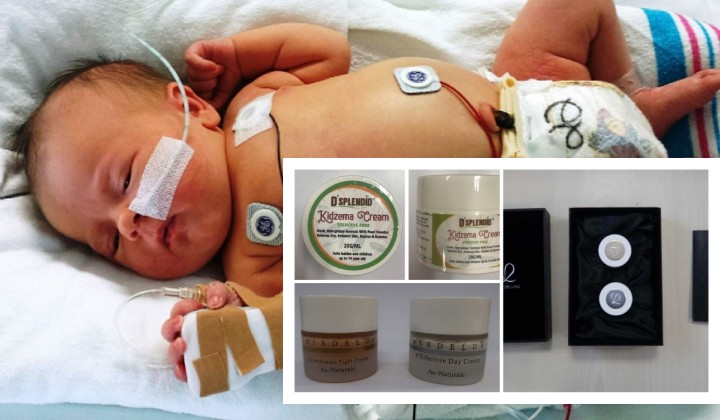 Listen up, guys! The Singapore Health Sciences Authority (HSA) has released ANOTHER warning on dangerous skin creams after an infant was hospitalised.

The young child, less than a year old, had developed Cushingâ€™s syndrome after using an unlabelled diaper rash cream.

Cushingâ€™s syndrome is a condition that happens is due to prolonged exposure to excess cortisol, a steroid hormone that plays a very important role in stress response.

HSA says that the diaper cream is supplied by a traditional practitioner in Malaysia. When tested, it was found to have betamethasone valerate (a potent steroid) and clotrimazole (antifungal).

After using the unlabelled diaper cream, the young child developed several symptoms including â€˜moon-faceâ€™, â€˜buffalo humpâ€™ on the back (due to fat accumulation), excessive hair growth on the body and thinning of the skin.

Thankfully, the girl has been discharged, but is still undergoing
treatment for her condition.

This wasnâ€™t the only product that HSA found harmful, though. Dâ€™Splendid Kidzema Cream was another product that raised suspicion.

A mother who bought it for her childâ€™s eczema noticed that the rash cleared up only after two applications but returned with a vengeance three days after she stopped using it.

Testing by HSA found that the product for kids up to 14-year-old contained ciprofloxacin (antibiotic) and terbinafine (antifungal medicine).

Turns out, terbinafine is not recommended for use in children under the age of 12 and ciprofloxacin is a prescription only medicine that should only be used under medical supervision.

If you or your child are using any of the products above, SEE A DOCTOR IMMEDIATELY. Stopping suddenly can actually cause the condition to worsen.

Remember guys, be very very VERY careful when using products for babies, especially those that have no labels or from dubious sources.