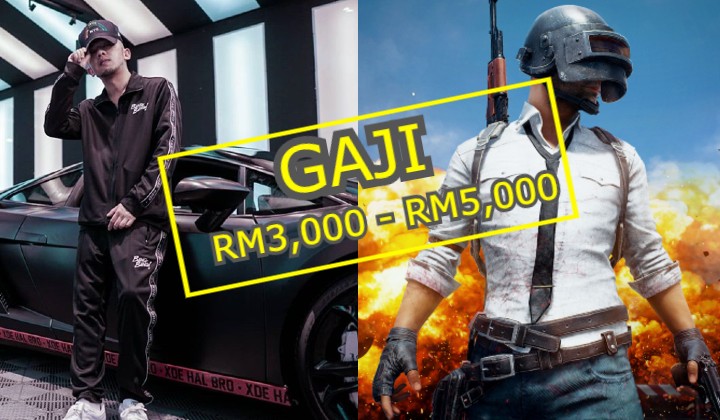 Fancy a career in gaming?

With Malaysia actively pushing the countryâ€™s e-gaming scene into the mainstream and the introduction of eSports in this yearâ€™s SEA Games, the allure of making a living out of playing games has never been stronger.

Joining to cash in on this newfound appreciation for the lucrative world of gaming is Malaysian rapper, Caprice who announced an open call in search of players to make up his own professional gaming team.

Through a posting made on Instagram, the emcee invitee local gamers to enlist in his PlayerUnknownâ€™s Battlegrounds (PUBG) team, offering a shot at earning an RM3,000 to RM5,000 salary per-month to boot.

PUBG is a popular online multiplayer shooting game played by over 50 million players from all over the world.

Vacancies are open for two PUBG mobile players and two PUBG emulators (Console or PC) players who are hardcore enough to make the cut.

Giving a peek at what would be his pimped out gaming-house, the rapper said that employees would have a typical KPI of four hours of continuous gameplay and create online video streaming content of the dayâ€™s assignment.

Besides the sizable paycheck, Caprice also mentioned that those on his team would enjoy extra added benefits, claiming to provide his future subordinates with branding, marketing, and sponsorship services to aid in their career advancements.

Interested in trying out for the team? Here’s what you need to do:

Send over your resume to capriceonline@gmail.com

The video game market is among the world’s largest and fastest-growing industries, wherein 2018 alone the industry generated some RM542 billion worth in revenue.

Think you got what it takes to get that chicken dinner?

Mother And Daughter In Bentong Lost Almost RM12,000 After Clicking On Job Advertisement