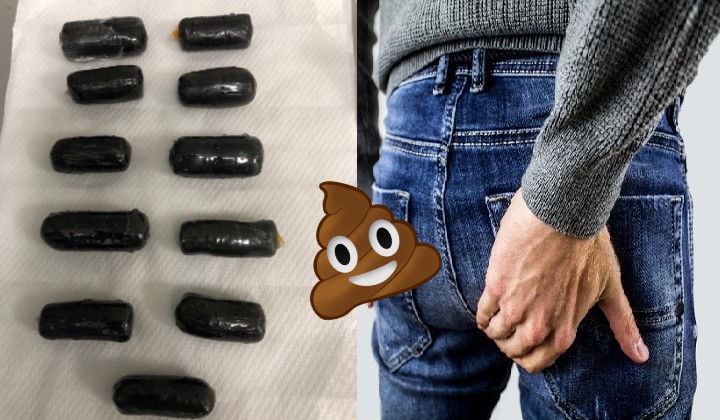 If you think your morning toilet time is difficult, itâ€™s nothing compared to this 38-year-old Malaysian man who took the biggest dump of his life when he was detained by the Australian police.

How big of a dump?

The man who arrived at Avalon Airport in Victoria from a Kuala Lumpur flight was found full of, well, not sh*t after he was stopped by the Australian Border Force (ABF) for baggage examination.

They found two black pellets in his bag which read positive for heroin in a presumptive test. That tipped them off to do a… thorough examination of the man.

First, out came three pellets. Then, the motherloadâ€¦ 13 pellets, all containing heroin.

He was carrying approximately 700 grams of the druggy substance in his bowels!

For the crappy crime, he is now charged with importing a marketable quantity of a border-controlled drug, according to section 307.2 of the Australian Criminal Code 1995 (Cth). The maximum penalty for this offence is 25 years imprisonment.

The Australian Federal Police (AFP) still managed to find some humour in the sh*tuation, though, releasing a punny post of the incident on Facebook, along with some “gut-wrenching” comments.

Remember kids, it’s just not worth jeopardising your entire future just to earn some extra cash.