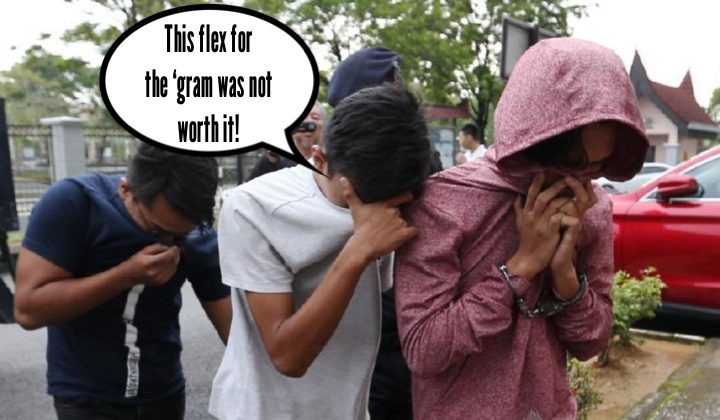 The three teens who were viral for smashing food items at a convenience store in Nilai have been released on bail.

“We have referred the case to the Deputy Public Prosecutor (TPR) and no charges will be made.

“Following the offences committed by the boys, we remanded them for four days to investigate the matter, and that is sufficient.”

Superintendan Mohd Nor via Harian Metro

The three boys had been remanded for four days while police investigations took place.

After their video went viral, the management of the convenience store lodged a police report against the boys and the boys reportedly turned themselves in to the police to assist in investigations.

A court order for them to be remanded was issued by the Assistant Registrar of the Special Remands Court.

We hope this experience will be a lesson learnt for the boys!

Come on, people. Weâ€™re better than this. Letâ€™s not waste food and instead be good Samaritans like this guy instead:

[Watch] 2 Men With Parangs Robbed A Convenience Store In Ipoh