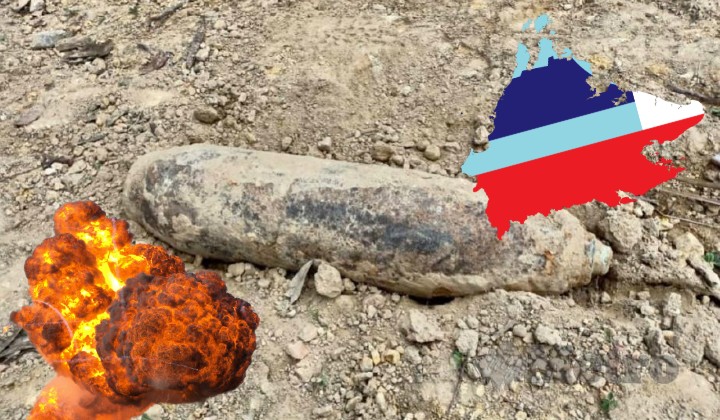 Talk about an explosive dayâ€¦

A group of construction workers was almost left shell-shocked when they found an unexploded World War II bomb while working at Kota Belud, Sabah over the weekend.

The men were conducting maintenance work at a telco communications tower in the area when a 105mm artillery shell was unearthed by an excavator sometime around noon.

The Police were quickly notified of the incendiary discovery and a bomb disposal unit from the Sabah Police HQ was dispatched to the location in a flash.

The site along with several nearby villages around the area
were evacuated as a safety measure while the bomb squad got to work on the ordinance which measures about 50 centimeters long with a circumference of 40
centimeters.

The bomb disposal unit was up to the task, as the whole deal was done with the device safely detonated and disposed of by 12.40pm with no injuries reported.

As Malaysia did play a part in the historical global conflict which happened nearly a century ago, the discovery of such lost ordinances and ghostly weapons are not unheard of.

Last January, a primary school in Kudat was temporarily closed after an unexploded WWII bomb was discovered near on school grounds.

In 2017, an old WWII explosive tragically killed a construction worker when it exploded at a Mass Rapid Transit (MRT) station which was under construction in Kuala Lumpur.

But lucky for us Malaysians, we do have a number to dial when the situation calls for dynamite solutions.

With over 1,800 officers stationed in every state contingent across the country, the brave men and women of the PDRM bomb disposal unit are always ready to place their lives on the line to ensure public safety.

Letâ€™s give it up for our pros at the bomb squad who are doing
a spark-tacular job at keeping us not in pieces.