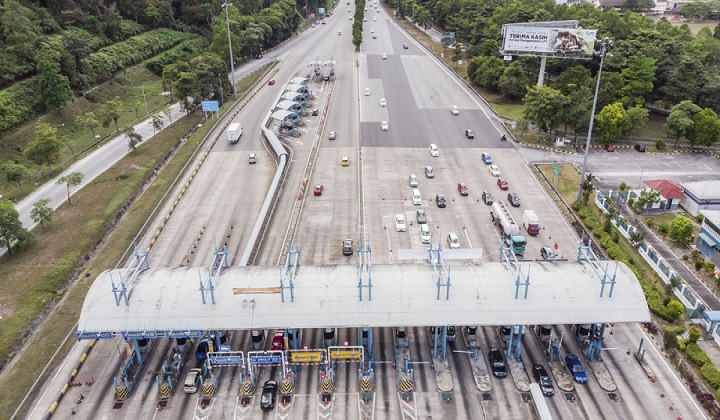 The Penang Customs Department Raya Open house over the weekend was truly a festive one, as Finance Minister Lim Guan Eng officially announced that 4 major highways in the Klang Valley will be taken over by the government.

The 4 highways that have been approached are the Damansara-Puchong Highway (LDP), Sistem Penyuraian Trafik KL Barat (Sprint), Shah Alam Expressway (Kesas) and the Stormwater Management and Road Tunnel (SMART) – all of which have Gamuda Bhd as their significant shareholder.

It is estimated that Malaysians would save up to RM180 million per annum with the Governmentâ€™s move.

Toll rates are expected to reduce between 5 and 30 percent respectively during non-peak hours.

Whereas at off-peak periods, road users will enjoy FREE travel.

In the proposal, off-peak period is suggested to be between 11pm and 5am.

However, the current toll amount will be maintained during peak hours as part of the congestion charge that the government will start implementing on January 1, 2020.

Lim says that he has given his word to guarantee to not increase toll rates anymore. Clearly this move is an improvement from the past.

About RM6.2billion will be spent by the government to acquire the highway concessionaires by the end of this year on December 31, 2019.

Other highways are still being discussed, as these 4 highways will act as a pilot project that will benchmark for the future.