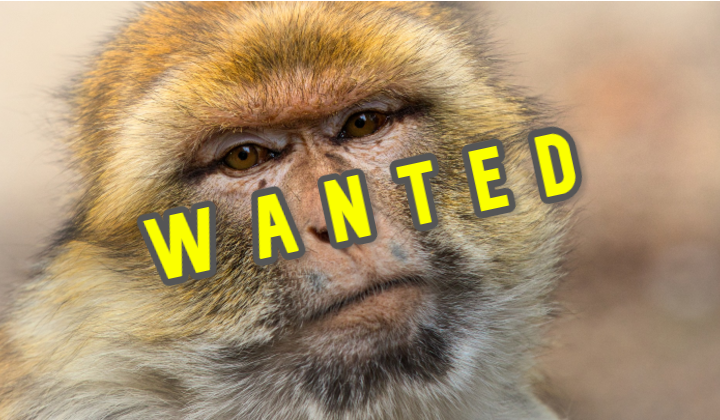 Oh, how the tables have turned!

A Southern pig-tailed macaque or more affectionately known to locals as a â€˜berukâ€™ is set to be detained for attacking a child.

Kelantan State Wildlife and National Parks Department (Perhilitan) said that the department will be taking custody of the animal from its owner as a step towards moving with the investigation.

Yesterday a 9-year-old boy was left critically injured after being violently attacked by the aforementioned beruk while he was making his way back home from attending Hari Raya open houses in Kampung Teluk Renjuna, Tumpat.

The child suffered serious wounds on both hands and feet, as
well as injuries to his privates.

Perhilitan said that the beruk will be kept under observation to determine the cause of the primateâ€™s sudden rogue behavior and ascertain whether the owner had had proper documentation to keep the animal.

Though the thought of being viciously mauled by a wild animal rarely cross the minds of us millennials habituating here in the concrete jungle, did you know that the government has a program to aid victims of wild animal attack cases?

Victims can receive a maximum of RM20,000 for cases
involving death, debilitating injuries and any incidents that the department deems
appropriate, which consist of physical injuries, allergies, infections, losses
of limbs and the likes.

Here is a list of what are considers to be ‘wild animals’ according to Perhilitan and would be eligible for aid:

So the next time that you might be unlucky enough to be attacked a ravaging wild animal, youâ€™d know where to go for assistance.