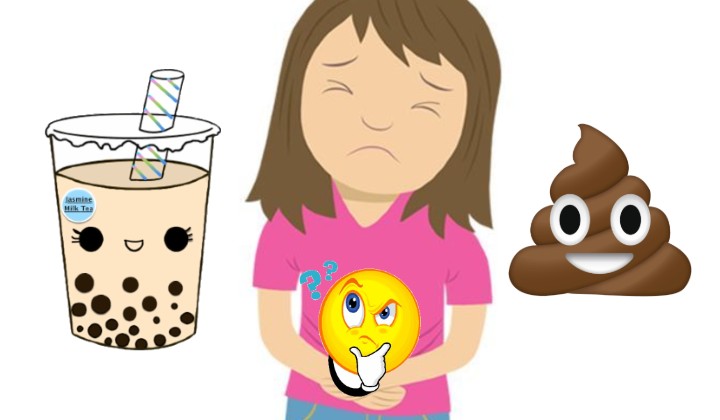 The recent X Ray of undigested boba in a teenage girl from China has raised eyebrows in many.

Many doctors have been summoned for their opinion on the matter.

Is it really boba?

First off, yes, the Xray does show something â€˜funnyâ€™ in the large intestine, but what is that?

Left picture: The pink highlights are indeed where the large intestine should be.
Right: But what are those rounded globules?

Well a doctor from Singapore claims that it is highly likely to just be a large amount of impacted faeces or in layman terms; poop instead of boba.

Not boba you say?

This is because boba pearls are from tapioca powder, which is starch based and normally break apart in heat.

So when our bobas are boiled and cooked, the process of breakdown starts.

And thatâ€™s why we get our boba in cold drinks, because if it were to continuously be in hot drinks, it would simply just melt away by the time we drink it.

Besides, in a study about Starch in Food, discovered that cassava -what tapioca is from- has the highest digestibility compared to sweet potatoes and other types of root starches.

So does Boba cause constipation?

We donâ€™t think so.

However, it’s important to point out that uncooked boba do have a tendency to cause constipation.

We suggest everyone to take everything with moderation. Because too much of something is always too bad OK guys?