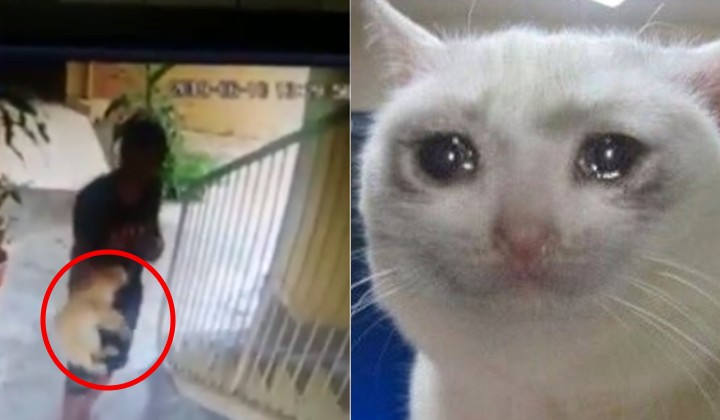 KL Sessions Court today sentenced a man to 15-months prison after he plead guilty to strangling and killing his neighbor’s pet cat.

Earlier this week, CCTV footage of a man hanging a cat by the neck to a staircase went viral, prompting investigations.

Azrin was arrested by police last Monday after the catâ€™s owner had found the animal dead outside his home.

The man had requested for a lighter sentence after claiming that his actions were justified.

Azrin made the case that he was mentally unsound and said that the cat had first attacked him.

However, his plea was denied.

Police are also looking for another suspected animal abuser after footage of a man choking a chicken recently caught Malaysiaâ€™s attention.

Seriously, what is wrong with these peopleâ€¦