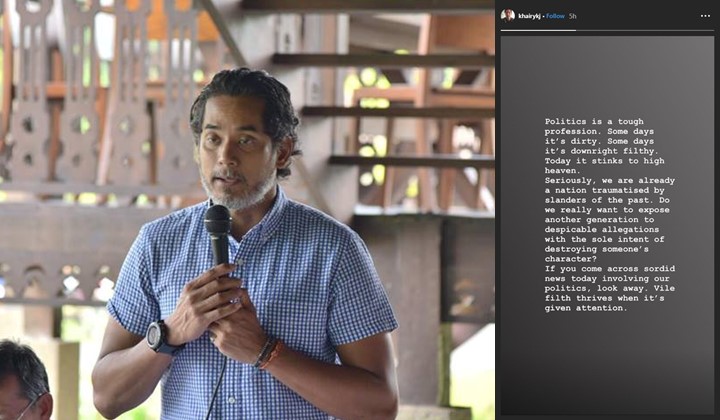 In light of a recent scandal that has gone viral recently, former Youth and Sports Minister Khairy Jamaluddin put it succinctly;

Khairy took to Instagram to voice his opinions earlier today, claiming that having a political career is tough.

He reminds us of how damaging past slanders were and urges the nation to ignore sordid political news.

Such things have happened, is happening, and will happen again in our nation’s history.

While we respect the role of other media and their need to report matters of public interest, at least for now, The Rakyat Post will decline to report on such matters beyond this point.